Snapchat will soon offer a subscription service for Snapchatters who don’t mind spending a few dollars each month to get the most out of this social media app. Snapchat Plus will be like a premium version of the usual Snapchat app. Not only will users enjoy the normal functionalities and features of Snapchat, but this subscription service will also give them access to some exclusive cool features. 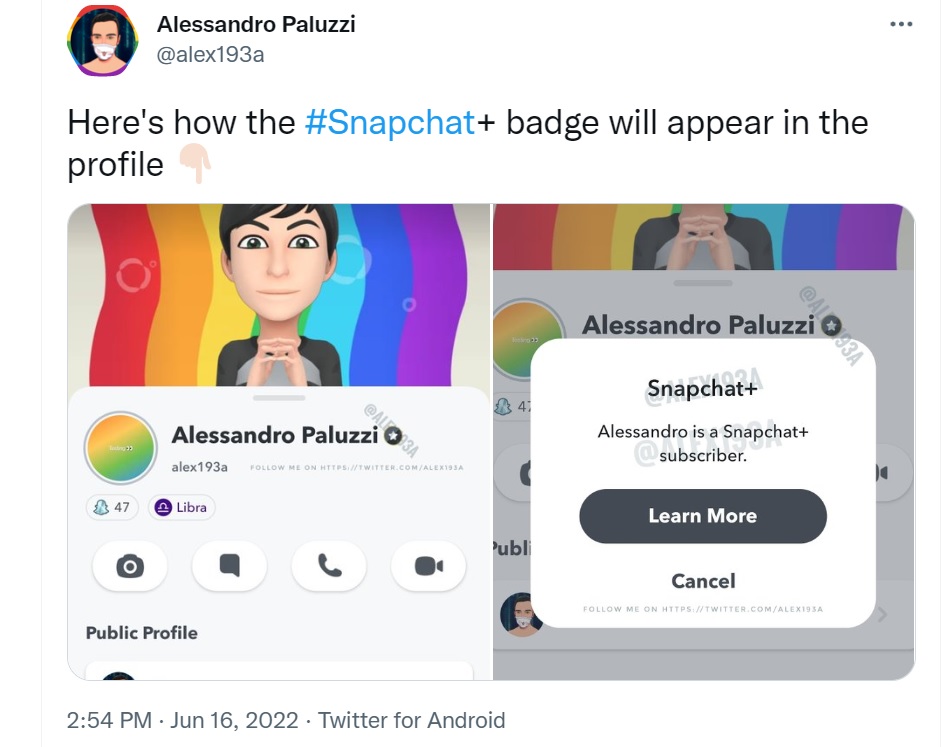 Even though details are scanty, the Executive reports that Snapchat Plus will offer a couple of exclusive features as follows;

Pin a Friend as a #1 BFF is an expansion of the existing Snapchat Pin feature. As you already know, Pin allows you to pin a conversation such that it can be seen at the top of your Friends screen. Now the Pin a Friend as a #1BFF feature will let you do just as the name implies—pin a friend as your number one BFF(Best Friend Forever). With it, you’ll also be able to track your BFF’s whereabouts within the last 24 hours under some circumstances, e.g., when they share their location details. Last but not least, you’ll also be able to see how many friends have rewatched your story.

Badge Display will enable you to display a badge in your profile proudly. This is a slight improvement of Snapchat Badges, a feature that lets Snapchat award you a little badge depending on how you interact with other Snapchatters. Different badges are available, with each having its meaning. Now, the new Badge Display feature will allow you to display your Snapchat-awarded badges on your profile for your friends to see.

The third feature is Snapchat Icons. There’s no sufficient information about this feature, but all we know is that it’s something that has to do with some cool icons that Snapchat is introducing.

Some Snapchat Plus Features May Be Dropped

According to TheVerge, SP is still being tested internally, and its features are still under experimentation. That means you may not see all the features discussed above when the premier subscription service finally comes out.

Usually, when a new software app is subjected to experiment, some of its features or functionalities may not pass the test or perform as expected. It’s a normal occurrence in app development, and we wouldn’t be surprised if some of those features don’t impress the developer.

Keeping in mind that Snap Inc is an important business associate of Apple Inc—a highly respected company, the company wouldn’t lower its standards by rolling out an app with features or functionalities that didn’t pass their internal experiment.

As always, the news about Snapchat Plus left many wondering how much this subscription service will cost and how Snapchat is going to bill for it. But Alessandro Paluzzi, an app researcher who is always up to date on app news, recently posted on Twitter that it will cost 4.59 €/ month, equivalent to $5.30/month.

His screenshots suggested that Snapchatters will have the option to pay monthly, half-yearly, or annually. Supposedly, those who pay half-yearly and annually will get a discount of 9% and 16%, respectively.

Snapchat hasn’t communicated the date for launching Snapchat Plus. There’s no telling whether the premier service will roll out tomorrow, next week, or in a few weeks. We are sure that we’ll let you know as soon as the app becomes publicly available.