Over a billion people use TikTok, making it one of the most popular short video-sharing platforms. It has a tonne of cool stuff, and now we hear that TikTok is testing a new feature that lets users know who has viewed their posts—and their followers, too.

A spokesperson told “TechCrunch” that the new tool is being tested with a small group of users and is not yet available to the general public.

Social media strategist, Matt Navarra, discovered the feature online and tweeted a screenshot of it. A screenshot of the company’s “post view history.” If the user no longer desires to use this function, they can do so at any time by going to the appropriate section of the settings. You’ll only be able to see how many times others viewed a post during the first week after it was published.

Spokesperson: “We are always thinking of new ways to give our community more value and make TikTok more fun.” – TechCrunch.

However, when exactly this feature will be available on TikTok is still up in the air.

TikTok’s current list of features has expanded even further since it will allow you to monitor who views your profile. 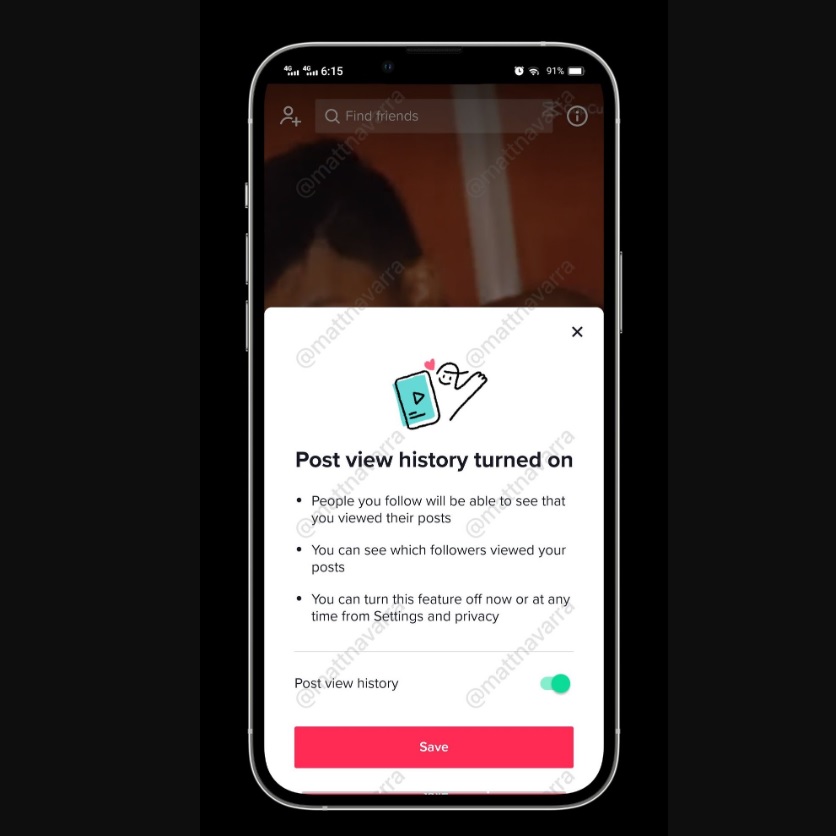 New functionality is being developed for TikTok that will allow users to see who has seen their video. Recently, a test for integrating a user’s viewing history to their TikTok videos was uncovered.

Soon, you’ll be able to see which users have seen your TikTok videos, providing you with another way to gauge which users are your most devoted followers. If you frequently check in on your followers’ posts, they will know you are doing so.

Knowing how often people see your posts makes you uneasy, you can disable this feature. However, in the future, you will no longer be able to see how often your material has been seen.

In the next section, we’ll look at some of the other ways in which its viewer history differs from that of other platforms. As you can see, this is how TikTok’s analytics engine calculates the number of people who have seen a video.

Who Can Use The New Tiktok Who Viewed Profile Feature

The Users must be 16 or older and have less than 5,000 followers to access this New Tiktok feature. The functionality can be accessed by clicking the eye icon in your profile’s upper right corner. By clicking on it, you may see who of your contacts has viewed your profile within the past 30 days.

If you enable this option, other users will be able to see that you have viewed their profile and vice versa.

If you want to see your TikTok profile views, you’ll have to activate it, although it’s unclear whether this will also be the case for viewing your past comments and likes. The company hasn’t said whether or not other users would be able to see if you’ve seen their video if you want to use that option.

Many readers may appreciate the new feature because it makes it easier to keep tabs on the material. This feature may be a turnoff for those who value their anonymity in their viewing habits.

When this feature will be made available on TikTok is still up in the air. Users must be 16 or older and have less than 5,000 followers to access this New Tiktok feature. By having access to this feature, you may see which of your contacts have viewed your profile within the past 30 days. If you enable this option, other users will be able to see that you have viewed their profile.TikTok has stated that they are currently testing this feature and have no plans to release it publicly.

Instagram Released Guide For Making Most Out Of Your Reels

To recapture the significant market share it once enjoyed, Facebook(the parent company of Instagram) had to rebrand by…
byMike Diver

June seems to be a hectic month for players in the social media realm. We saw Pinterest unveil…
byMike Diver