For several years we have been talking about the basic benefits of WAN optimization and acceleration technologies, including speeding data transfers, saving IT dollars on bandwidth, and giving remote users LAN-like access to data and applications. But as the technology evolves, WAN acceleration products have become a true enabler of many data-center projects and, in many situations, a technology that solves problems that would otherwise be insurmountable.

A number of users are on their second or third generation of WAN acceleration systems, others are using it to streamline IT operations, and some are putting WAN acceleration devices in challenging geographies to accommodate even the most basic of IT needs.

Chip Greel is no stranger to trials and tribulations inherent to moving data over the WAN. In a past life, Greel was a senior WAN engineer for NetApp and today he is the manager of Global Network Services at Finisar Corp., where he oversees the design and implementation of the corporation’s global network infrastructure, including WAN, security, and wireless technologies.

Finisar provides optical components and testing gear for high-speed communications across Ethernet LANs, Fibre Channel SANs, and metropolitan area networks (MANs). The company relies heavily on a meshed MPLS WAN to support about 4,000 employees as they collaborate on a variety of projects and move large design images and Oracle application databases across the WAN between corporate headquarters in California and manufacturing facilities in Malaysia, Shanghai, and Singapore.

Finisar’s business continuity policies require daily backups of all remote offices over the WAN and real-time replication of data from the primary site to a disaster-recovery center in Texas. Greel realized that his current WAN acceleration technologies from Peribit Networks (acquired by Juniper Networks in 2005) were not up to the task. He was going to need a fix for sluggish file transfers, missed backup windows, and difficulty meeting recovery point objectives when replicating data.

“Business continuity and disaster recovery [DR] is crucial for us because the vast majority of traffic we put on the WAN is replicated from headquarters to the DR site,” says Greel. “We’re a fairly forward-thinking company when it comes to storage and, starting around the end of 2006, we decided that we needed to get a more leading edge to gain more scalability and performance.”

“We wanted to back up all our sites across the WAN, but just couldn’t do it,” says Greel.

“Our original WAN optimization solution did not have disk-based cache to hold the volume of data we needed. Because WAN backups would eat bandwidth for days at a time, we just didn’t do them. The problem was so severe that we began sending hard drives overnight between locations whenever the replication sets were greater than 100MB.”

One of the key features of the NX appliance is Network Memory, a disk-based data reduction technology that significantly reduces the amount of data crossing the WAN by delivering duplicate information from local data stores. Silver Peak provides additional optimization techniques that complement Network Memory, including quality of service (QoS) to prioritize traffic and allocate appropriate bandwidth, compression, and various tools to overcome the ill effects of latency and data loss across the WAN.

“Silver Peak does a few custom things with CIFS acceleration, but their TCP and UDP acceleration was unique,” says Greel. “It’s simple and straightforward, which is what we wanted because we don’t have a lot of time to spend configuring things.”

Problems solved. According to Greel, Finisar now moves 50MB of data in about 15 seconds versus previous speeds that hovered around the eight-minute mark. Backup windows shrunk from four days to less than a day per location, and overall WAN bandwidth utilization now averages less than 6Mbps of capacity on a 40Mbps link—a 75% improvement.

“We can back up data over the WAN at speeds that double or triple the raw throughput of the WAN link,” says Greel. “We quickly got in the habit of using WAN optimization for every piece of data that goes across our WAN.” In fact, Finisar is using Silver Peak’s products in its 12 main locations around the world.

Rayonier is an international forest products company with three core businesses: timber, real estate, and performance fibers. The company owns, leases, or manages nearly 2.6 million acres of timber and land in the US and New Zealand.

Adam Rasner, Rayonier’s director of corporate network services, says the company had a hodgepodge of redundant applications prior to the consolidation project.

“We use Lotus Notes, file and print services and have about 200 different proprietary applications,” says Rasner. “As a result of the disparate ways in which we operated in the past, we had three different applications to tackle the same task.”

Rayonier stakeholders initially voiced some concerns about a potential data-center consolidation project. A few of Rayonier’s business units were worried that the project would result in remote employees having difficulty accessing files, including Windows File Sharing, SQL R7, and Lotus Notes.

To allay concerns, Rayonier’s IT team committed to deploying a new solution only if it provided equal or superior file and application access and performance, to all employees no matter their location. This directive prompted Rayonier to start looking for a WAN optimization and acceleration solution.

“We had 250 servers for 1,400 users—way more than the industry average,” says Rasner. “We knew we wanted to virtualize our servers and bring data back to the central data center, but we were not going to do it if we couldn’t maintain LAN-like performance.”

Cisco’s Wide Area Application Services (WAAS) products seemed to be the favorite as Rayonier’s entire networking infrastructure is based on Cisco gear. Rasner kicked the tires on solutions from Blue Coat, Cisco, Packeteer and Riverbed.

“We’re a huge Cisco shop so we took a really close look at them first, but at the time [two years ago] we ran into some implementation issues with the product,” says Rasner. “The Cisco WAAS technology also required upgrades and professional services that we hadn’t anticipated.”

Riverbed won the day with better response time, ability to decrease the need for additional bandwidth, and simpler configuration requirements, according to Rasner. “Most importantly, we were impressed by the ease of deployment. If we had chosen to work with other vendors, we would have had to allot 10% to 15% of our budget toward professional services. Installation of the Steelhead appliances takes only minutes and can be executed by our local IT staff significantly reducing our outside professional services costs,” he says.

Rayonier has deployed Steelhead appliances at eight data centers and several operating locations since June 2007. They’ve since experienced a 70% to 90% decrease in new bandwidth demand.

“We are doing so much at once. It’s a major overhaul,” says Rasner. “We put a SAN in at our primary data center and just bought a duplicate for data center B. We are doing some virtualization and are going to do some snapshotting and replication, but I know for a fact that it wouldn’t be feasible without the Riverbed boxes.”

WANs In The Badlands

Geographically, the State of Nevada is less than forgiving when it comes to network connectivity. It is the very definition of “remote.”

The State’s Department of Corrections (DOC) has two dozen locations scattered all over Nevada. It goes without saying that speedy WAN links are few and far between—literally.

“There’s a reason Area 51 is in Nevada,” says Dan O’Barr, IT manager for the Nevada DOC. “We have some counties that are the size of some eastern states. It’s extremely difficult to get communications links in, and the cost is almost more expensive than it would be to go across the Atlantic Ocean.”

O’Barr and the DOC initially employed a satellite link to solve database and Web application problems and to support tracking and management of the State’s more than 13,000 inmates, but the latency—which was 800ms at best—was unacceptable.

“It was taking almost a full minute to pull up a screen. It was essentially unusable,” says O’Barr. “That’s when we started evaluating WAN acceleration products.”

There were only two responses to O’Barr’s request for information (RFI)—from F5 Networks and Blue Coat.

O’Barr says F5’s solution worked well and solved many of the DOC’s connectivity and access issues, but it only addressed Web services. Blue Coat’s offering did them one better when it corrected all of the problems, with the added benefits of content filtering and control. “Blue Coat presented a solution to the immediate issues that we had by dropping our access time from 54 seconds down to eight,” says O’Barr. “It’s painful, but it’s at a point that we can function.”

O’Barr also says the price was compelling. “It was a $250,000 one-shot investment. We would have spent at least that much with the phone companies just trying to get T1 connections to our remote sites. By using Blue Coat we came in on time and under budget.”

There is no shortage of players in the WAN optimization/acceleration market. In fact, the Enterprise Strategy Group (ESG) research and consulting firm is currently tracking more than 20 vendors in the space.

ESG analyst Bob Laliberte says the market is seemingly crowded for one reason: WAN optimization technologies are in demand.

According to Laliberte, the amount of data being generated by enterprises is growing at up to 60% per year, and not only does it need to be protected but it also needs to be accessible from multiple locations.

“Existing WAN links that provide connectivity to data centers and remote locations can get overwhelmed very quickly. Buying additional bandwidth to accommodate the data growth is prohibitively expensive,” says Laliberte. “The convergence of rapid data growth and the need to transport large amounts of data for accessibility and/or protection creates a fundamental need for bigger and faster WAN optimization solutions.” 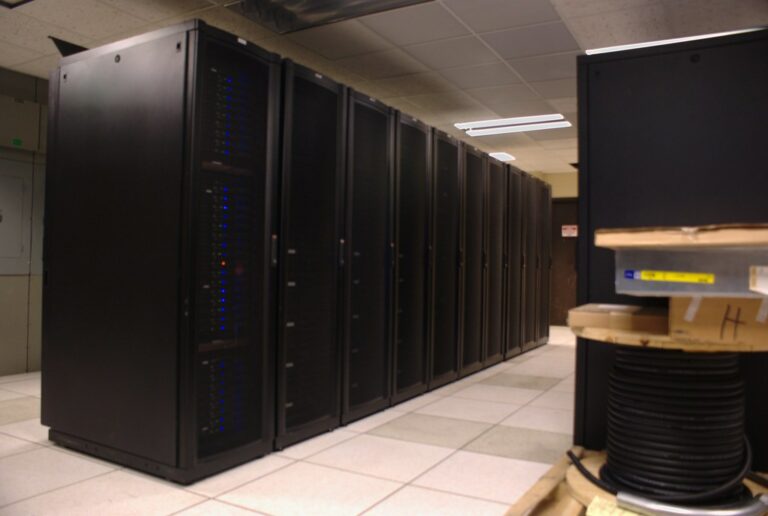