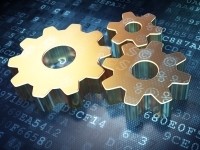 Winchester Systems jumps on the auto-tiering bandwagon with a new line of hybrid storage arrays.

While vendors like Kaminario and Pure Storage are stoking competition in the growing market for all-flash storage arrays, Winchester Systems continues to make the case for hybrid systems.

Those customers can expect brisk performance, according to the company. The FlashDisk FX-2U12 model, which supports up to 12 drives (3.5-inch) per shelf, can deliver throughput of up to 5,000 MB per second and over 1 million IOPS.

FlashDisk FX supports up to 16 host ports and up to 2 petabytes (PB) of storage capacity when decked out with 360 drives, each weighing in at 6 TB. Base FlashDisk FX controllers feature eight 1 Gigabit Ethernet (1GbE) iSCSI ports. Hardware expansion options include 1GbE or 10GbE iSCSI, 8Gb or 16Gb Fibre Channel, or 6Gb SAS host ports.

When flash or solid state drives (SSDs) appeared on the scene a couple of years back, they were…
byDrew Robb

EMC is eyeing a startup whose technology turns server-side disk capacity into cloud-enabled storage. According to a report…
byPedro Hernandez