Most Popular Online Games In The World (2022) Top Played List

Although several new games are coming up every day, the question remains – which are the most-played online games in the world in 2022? Amongst those most played online games, which one retains the top spot in 2022 and becomes the innovators’ favorite is a question many would like to ask.

But for that, we need to get our hands on the most popular online games that are most fancied by the gaming community. Whether Discord, Twitch, Reddit, Twitter, etc., almost every platform has multiple communities of players who passionately discuss, argue, and play these top online games.

Most Played And Popular Online Games In The World In 2022

If you are looking for offline games, see our list of Best Free Offline Games For PC here.

The 10 most played online games in the world in 2022 vouch for their superiority in gameplay. We have kept these issues in mind while curating our list of the most popular online games. 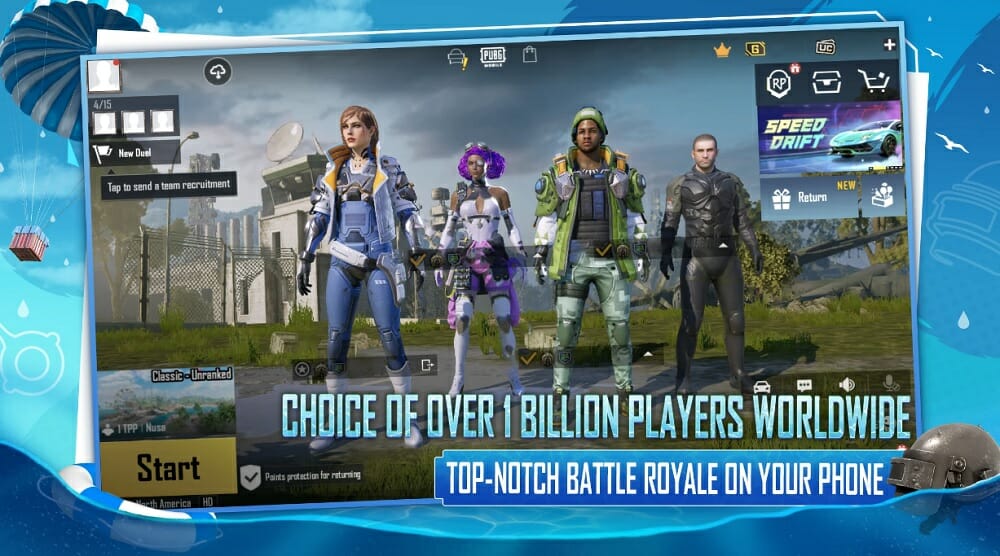 This is undeniably true that PUBG or Player Unknown Battlegrounds continues to rule the charts of the most popular online games in the world in 2022 with a record number of gamers. The number nearly equals 50 million, and the pioneering game first appeared on Steam. Although the idea of putting 100 players against each other in a particular location is at least five years old, the player base continues to multiply.

Although the third-person gameplay feels superior to its peers, with better movement fluidity compared to GTA or Red Dead Redemption 2, the fragility of the characters, stiffness while aiming down, or first-person mode will make you realize that this was not initially intended as a first-person shooter. Its compatibility with Xbox, iOS, Android, etc., is due to the incredible innovation by the developer studio – which happens to be PUBG Corporation.

Raking up nearly 30 million dedicated gamers, the free-to-play Fortnite Battle Royale has become one of the most played online games in the world in 2022 with its fluidity in graphics. Our team of tech geeks and gamers found out that it was also highly streamed on Twitch and YouTube.

The game can accommodate 100 players at a time who are given missions to fulfill, where they have to hunt for resources and gun down their opponents. However, our tech reviewers mainly did not like that; after a certain time, the resource-gathering became tiresome. However, we loved how the fast matchmaking, updates, and timed events kept the game fast-paced and fresh.

With nearly 50 million gamers fascinated by the superhero+battle status, Apex Legends has been one of the most popular online games played in 2022. It consists of super-powered individuals known as ‘legends,’ and this hero-shooter approach to battle royale has granted this game uniqueness. Each ‘Legend’ used in the game has a backstory that had been built during Respawn Entertainment’s Titanfall series, and chronologically, the game takes place 30 years after Titanfall 2.

You can play with 3-member squads, and up to 20 units can enter the game. The quirk of the weapons used and the combination of strategies that can unfold while picking up your squads gives Apex Legends an epic status! 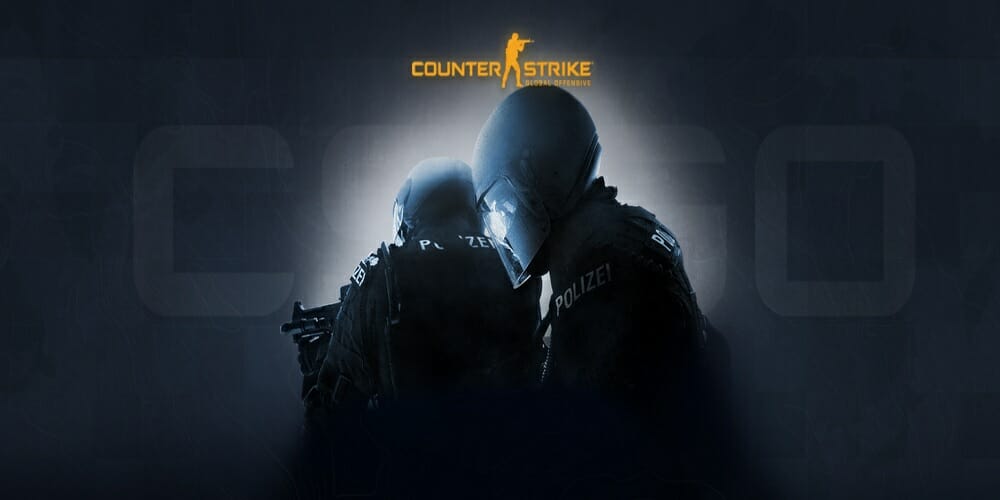 Counter Strike Global Offensive was developed in 2012 with minimal system requirements, and yet it remains one of the most played online games in the world in 2022, with a 9 out of 10 rating on Steam. Although our gamers have complained about an unwelcoming community on this arguably most popular online game, the low system requirements and the ageless graphics have improved drastically with the Panorama UI and solid core game modes.

Developed by Hidden Path Entertainment and Valve, CS GO is the fourth game in the franchise. The multiplayer first-person shooter is a free-to-play game with community artists who often include in-game items. That is why it is among the top online games, consisting of a massive multiplayer player base with an improved sound design. The tactical shooter genre is one of the top online games but can sometimes have repetitive gameplay with specific outdated maps.

5) League Of Legends – Most Played Game With Amazing GamePlay

Our team has recently reviewed the League of Legends, initially developed by Riot Games in 2009. According to them, the game has drastically improved and is one of the most played and popular online games in the world, inspiring the superhit Netflix animation series – Arcane. Each game is a battle between two opposing teams with unique skills and a mission to destroy the opposing team’s headquarters, where destroying enemies will earn you gold and resources like gear and particular strengths.

Developed by one of the most renowned Riot Games, League of Legends is one of the most-played online games in the world in 2022, with 150 characters currently and more being added. The gameplay is becoming increasingly brilliant, with each position on the map offering its expectations and experiences while you try to destroy the enemy ‘Nexus.’ League of Legends operates seamlessly on Windows 7 and higher OS specifications.

Ranking 9/10 on Steam and already touted as a ‘modern multiplayer masterpiece,’ DOTA 2 was developed by Valve within the Multiplayer Online Battle Arena (MOBA) genre in 2013 as a sequel to its highly popular Defense of the Ancients. Since then, DOTA 2 has consistently been among the most-played online games worldwide.

Our team of techies considers DOTA 2 to be one of the most challenging and popular games online because you have to manipulate the strategy and the economic, psychological, and temporal value of the game. With five heroes per team and jungles, bases, lanes, Ancients, etc., you have to employ many strategies while playing the game. That is why it is one of the most played online games historically.

Call of Duty Vanguard is one of those multiplayer games that has exhaustively covered the WWII genre, and this particular version comes with many twists on familiar encounters. That is why it is one of the top online games and is popular with most players across the globe.

While certain campaigns in this game are pretty awesome, others don’t rank as well as their predecessors. Our techies say that the Zombie mode and Vanguard fall short of capitalizing on more exciting ideas.

The active user base for Minecraft is massive and is exponentially increasing. Although it has ranked number 8 in this list due, it is one of the most popular online games in the world in 2022. Developed by Mojang, it is quite different from the rest of the games mentioned in this list, as they all belong to the battle genre.

On the other hand, Minecraft is a 3D Sandbox game without any goals to achieve so you can play from the First Person Perspective (FPP) and the Third Person Perspective (TPP). The game modes include Spectator, Adventure, Survival, Creative, and Hardcore, and you have full authority to do whatever you want to do in this game.

Lost Ark is the only 2022 release featured in our list because it was an instant hit since its release in February by Smilegate RPG and published by Amazon Studios. Although the 2.5D MMORPG game is of the fantasy genre and saw nearly 1.3 million concurrent players in its initial month, Steam charts continue to show the momentum of concurrent players going, unlike games like New World.

The game design is bombastic, which contains the main character globetrotting throughout the world to collect the arks of power – that have savage energy and can destroy or rebuild mortal realms. In between, the design displays splendid action sequences that are hard to forget.

Although many of our readers haven’t heard about this most popular online game, it has raked in millions of gamers in Korea since its inception and became the most-played online game in 2022. Smilegate RPG’s developers say that their American counterpart, Crossfire X, is also topping the world’s charts.

Smilegate has revealed that this game has been developed with the Microsoft platform for the rest of the world and already has more than 8 million concurrent players in 2022.

Although games are constantly being released, the ones that are the most played in 2022 in the world are much older and have been on the scene for quite a few years. With the help of this assortment, we hope you find some new interesting popular online games to try your gaming skills on.

Author
Gourab Majumder
Gourab is a versatile writer who loves writing marketing copies and taking brand-specific products and services to market. He is also a tech geek who has a deep knowledge of several apps, internet tools, software, tech brands, etc. He is an active gamer and has good experience in games and gaming projects