ast year, the number of startups that entered the storage market just about equaled the number of storage vendors that were acquired in the M&A fever. I have no idea when a startup ceases to be a startup, but when I first started this top ten list I gave it a three-year window. That proved too daunting, and the startups that launched two or three years ago have received plenty of coverage anyway. So I made it easy on myself and limited my picks to startups that either launched or shipped their first products during 2010. I also factored in technology innovation, company management and funding.

In alphabetical order, here are some of the more promising startups:

Actifio coined the term “data management virtualization,” or DMV (but don’t try googling that acronym), to describe its software suite, which is packaged in appliances. The software is designed to reduce storage management costs (by as much as 90%, according to the company) by virtualizing storage resources and streamlining processes such as data protection, disaster recovery and business continuity. The goal is to reduce or eliminate separate silos of data protection point products.

“The paradigm we’re applying to data management is analogous to what virtualization did to servers,” said Ash Ashutosh, Actifio’s CEO (and formerly a founder of AppIQ, which was acquired by HP).

Related blog post: “Keep an eye on this startup” (InfoStor)

BridgeSTOR may be the youngest startup on this list (the company shipped its first products in late November 2010), but founder John Matze has been around the block, having started storage companies such as Siafu Software (acquired by Hifn, which was acquired by Exar) and Okapi (acquired by Overland Storage).

“BridgeSTOR does for storage what VMware does for servers,” said Matze.

Cloud storage is clearly among the top storage technologies for 2011, so Cirtas seems to be in the right place with its Bluejet Cloud Storage Controller. The controller migrates data between a high-performance local cache and the cloud based on data access patterns.

“Today’s cloud is not truly a replacement for enterprise storage,” said Josh Goldstein, Cirtas’ vice president of marketing and product management. “Enterprise organizations won’t use cloud storage as is because it is insecure, slow, costly and lacks enterprise-class features.”

Gridstore won a “Best in Show” award in the “Best SMB Solution” category at the ITEXPO West 2010 show.

Infineta hopes to solve the problems associated with moving data between data centers. The startup’s Velocity Dedupe Engine appliances include hardware-based data deduplication and are aimed at storage applications such as SAN replication for disaster recovery, backup and recovery, data migration, and cloud deployments.

Plenty of vendors are touting the performance improvements from integrating solid-state disk (SSD) drives in their arrays, but if you want really fast I/O consider Kaminario’s DRAM-based K2 system. The K2 architecture has two key elements: ioDirectors and Data Nodes.

Kaminario claims performance of 1.5 million IOPS, or 16GBps of throughput, on a high-end K2 configuration with eight ioDirectors.

Nasuni launched its Nasuni Filer cloud gateway software in early 2010. The 2.0 version of the software includes enhancements for Windows environments, as well as support for Hyper-V, Azure and DFS namespaces. Nasuni 2.0 cache keeps copies of working files in local storage for fast access and deduplicates, compresses and sends file changes to the cloud. The software is available as a downloadable VM image.

Pancetera is focused squarely on improving storage applications – primarily backup – in virtual environments. Last week, the company introduced Pancetera 2.1. New in the release is a SmartMotion module, which makes it easy to move VMs for applications such as backup, replication and migration, according to Bart Bartlett, Pancetera’s vice president of marketing. Bartlett claims that SmartMotion enables up to a 90% reduction in the bandwidth and time required to move VMs over LANs or WANs.

Pancetera also added change block tracking to its SmartRead module in the Unite 2.1 release, as well as a VMware vCenter Plugin.

StorSimple is combining four of the hottest technologies in the storage industry – cloud storage, tiered storage, data deduplication and SSDs – in its “application-optimized” cloud storage appliances for Windows applications. The startup shipped the StorSimple 5010 and 7010 appliances in December.

The company’s BlockRank technology automatically applies a priority to each block of data and places the data on the most appropriate storage tier (e.g., SSD, SAS, cloud), with the most-frequently-accessed data remaining on-premise. StorSimple’s appliances work with a variety of public cloud providers, including Amazon, AT&T, Iron Mountain and Microsoft’s Azure.

StorSimple has received a total of $21 million in funding (led by Mayfield Fund, which also funded 3PAR).

Rounding out our list is yet another cloud storage specialist: TwinStrata began shipping CloudArray in May 2010.

CloudArray is available as a software-only virtual appliance or in a bundled iSCSI hardware appliance. CloudArray provides a hybrid (private and public) cloud storage architecture, and can be used with cloud services platforms from vendors such as Amazon, AT&T, EMC, Mezzeo, Scality and others.

The software features dynamic caching, which enables administrators to create multiple caches to tune application performance. Other features of CloudArray include snapshots, inline compression, AES encryption, replication, and a “compute anywhere” feature that allows users to run the software in a public cloud. 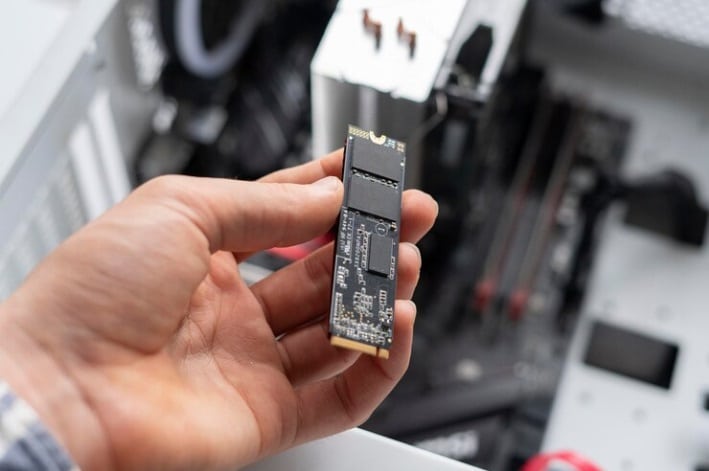 The Top Ten Storage Acquisitions of 2010

I originally posted a Top Ten acquisitions list in September, under the assumption that after the blockbuster HP-3PAR…
byDave Simpson

Maybe it’s a sign that the IT spending turnaround is ramping up, and maybe it’s just an indication…
byDave Simpson