iSCSI-based IP SANs are becoming a popular storage consolidation solution for Windows environments. This popularity has been driven not only by the fact that iSCSI provides affordable SAN storage for Tier-2 and Tier-3 applications, but also by the fact that even entry-level iSCSI disk arrays typically include sophisticated data-management capabilities such as point-in-time copy, remote copy, and asynchronous mirroring. These features enable IT organizations to improve data availability and recoverability, while reducing infrastructure and administrative costs.

Today, penetration of iSCSI SANs into Windows environments continues to grow rapidly. However, we are now also seeing a significant uptake in iSCSI deployment in virtual server and blade server environments-once again, driven by the availability of built-in array features such as LUN cloning, iSCSI boot, and remote replication, which can drive improvements not only in data availability, but also in application availability and provisioning efficiency.

This article discusses the benefits you can expect from iSCSI-based SANs in storage and server consolidation projects for Windows, virtual servers, and blade environments.

The Case For Consolidation

Today more than ever, companies are dependent on the constant availability of business applications and the rapidly growing data they create. This is driving increasingly stringent requirements for IT organizations as they struggle to maintain and improve quality of service (QoS) while operating with tight budgets, an already lean IT staff, and limited time available to perform data-management functions.

The proliferation of smaller servers with internal or direct-attached storage (DAS) is both a consequence of this and a contributor to the resulting complexity. Besides management complexity, the proliferation of these environments makes it increasingly difficult for IT to deliver the required QoS to their clients. Typical problem areas include the following:

Storage consolidation can directly address many of these issues. IP SANs with iSCSI-based disk subsystems provide a network storage architecture that meets the availability, recoverability, and manageability requirements of business applications, with the cost structure and ease of use appropriate for Windows environments. Of course, this requires iSCSI support in the server software environment, an architecture with no points of failure, and enterprise-level security options.

Most iSCSI arrays come with sophisticated built-in data-management options such as snapshots, remote copy, and asynchronous mirroring. These features, which historically are associated with high-end disk arrays and large NAS systems, have now trickled down to even entry-level iSCSI systems.

Storage consolidation reduces the complexity of managing many separate storage instances. Storage asset utilization typically doubles (from 30% to 60%), and provisioning flexibility and scalability become much less time-consuming. But more important, data protection and recovery can be significantly improved.

Tape media is often used when backing up host applications. While tape is a low-cost means of data protection, tape backup has fundamental limitations in environments requiring non-disruptive backup and rapid restore. A minor recovery from tape can take hours, while recovery from a more catastrophic failure can often take days.

The use of snapshot technology addresses these issues by allowing administrators to effectively freeze the state of the data on disk at a particular point-in-time. Since this is not a “copy” per se-the operation is almost instantaneous, regardless of the amount of data involved-snapshots can eliminate the traditional concept of a “backup window.” Snapshots can be kept on the primary array, or copied off to secondary storage (usually a lower-cost SATA-based system) for backup consolidation or tape archiving.

Similarly, for disaster recovery, the availability of native asynchronous mirroring options on iSCSI arrays provides a flexible, affordable way to perform remote mirroring of application data to other systems over an existing IP-based LAN, MAN, or WAN. Since iSCSI is a TCP/IP protocol, this solution is quick to deploy, relatively simple, and cost-effective, making it an excellent fit for Windows environments.

The combination of all of this functionality makes it possible to automate backup and data protection for remote offices and remote data centers, integrate IT operations over distance, and consolidate specific expertise and capital investment (e.g., consolidate all tape to a centralized archive data center).

An obvious solution to this is to reduce the total number of servers by consolidating applications on a much smaller number of larger machines. However, this is a disruptive approach that may require changes to each application environment, and it relies on the ability of the host OS to deliver a multi-programming environment providing different QoS levels for different applications.

A less disruptive and simpler solution, which has the additional benefit of delivering application provisioning flexibility, is to consolidate the server hardware via a virtual server environment.

Over the past year there has been increased interest in server consolidation in combination with iSCSI-based storage consolidation. The pre-requisite, of course, is robust iSCSI support in virtual server software environments, including flexible support for enterprise-level security options and integration with the virtual server storage administration environment. These capabilities have all emerged over the past year, making iSCSI a viable choice for consolidating servers and providing storage services for virtual server software supporting business- critical applications.

Again, most iSCSI storage arrays come with sophisticated built-in options such as LUN cloning and remote copy. These features enable IT organizations to derive additional benefits from their virtual server environments by supporting application availability, recovery, and provisioning-features that can automate IT operations while improving operational efficiency and QoS.

Potential benefits include the following:

This is in addition to the storage consolidation benefits related to data management and data availability outlined earlier in this article.

As in the case of Windows storage consolidation, the host systems are provisioned with iSCSI initiators. How- ever, with virtual server environments- particularly when a single physical server is running a significant number of virtual server instances-iSCSI host bus adapters (HBAs) are recommended.

The resulting environment provides improved storage and server utilization, a reduction in administrative overhead, fast backup and recovery, fail-over and continuous operation in the case of a disaster, rapid recovery in the case of application failure, and fast application provisioning for test and development and software upgrades. In addition, advanced capabilities such as thin provisioning are now available on both the host virtual server and on iSCSI arrays-further enhancing utilization and recovery. Combined with the affordability and relative simplicity of the infrastructure, this makes iSCSI-based SANs an attractive option for server and storage consolidation projects using virtual server software.

Over the past two years, there has also been significant growth in blade server environments, both large-scale (hundreds of blades) and small-scale (a single blade server chassis with a dozen blades). In early blade server deployments, DAS was common.

However, as you scale, this becomes an administrative nightmare. When each blade is booted from a local disk, the administrative overhead required to copy a boot image to a thousand local disks results in an inordinate amount of time spent configuring and managing the environment.

More recently, there has been significant interest in deploying iSCSI-based SANs in blade server environments. The factors driving this are a combination of the factors spurring interest in Windows storage consolidation and virtual servers: rapid data growth, data availability requirements, storage and CPU utilization improvements, storage and application provisioning flexibility, IT administrative overhead reduction, and the need to do much more with fewer capital and human resources.

The pre-requisites for iSCSI deployment in blade environments include support for iSCSI in the host OS environments (often a combination of Linux, Windows, and Unix). This includes native iSCSI software initiators, iSCSI host multi-pathing, and iSCSI array feature integration with the host storage administration environment. In addition, the availability of high-performance infrastructure support (e.g., affordable 10Gbps Ethernet inter-switch links and iSCSI arrays), has pushed iSCSI into large-scale blade environments These capabilities have emerged over the past year, making iSCSI a viable option for taking server consolidation and provisioning to the next logical level- blade environments.

Once again, significant benefits are derived by the fact that most iSCSI storage arrays come with options such as boot from SAN, LUN cloning, and thin provisioning.

As stated earlier, SAN boot (or boot from SAN) is a significant advantage in blade environments, eliminating the expense and operational complexity associated with each blade having its own disk. iSCSI network boot is now widely available, offering options for hardware initiator- and software initiator-enabled boot.

This capability, in combination with the availability of array-based LUN cloning, means that blades can be quickly booted in any OS/application environment, without having to make full physical copies of each software environment. A “golden” boot image is created for each operating system and application stack required in the server farm, and then LUN cloning and mirroring enable rapid reproduction of hundreds of clones. This approach affords near-instantaneous image provisioning.

Thousands of IT organizations have been able to reap the benefits of storage consolidation in Windows application environments using iSCSI-based SANs. In addition, we are now seeing significant uptake of iSCSI SANs for server consolidation projects using both virtual server and blade server environments.

By leveraging affordable IP SAN technologies and the sophisticated built-in features of iSCSI disk systems, companies can transform their storage infrastructure into a simple, powerful, consolidated environment that meets the increasing demands of their business applications.

David Dale is chair of the SNIA IP Storage Forum and director of industry standards at NetApp. 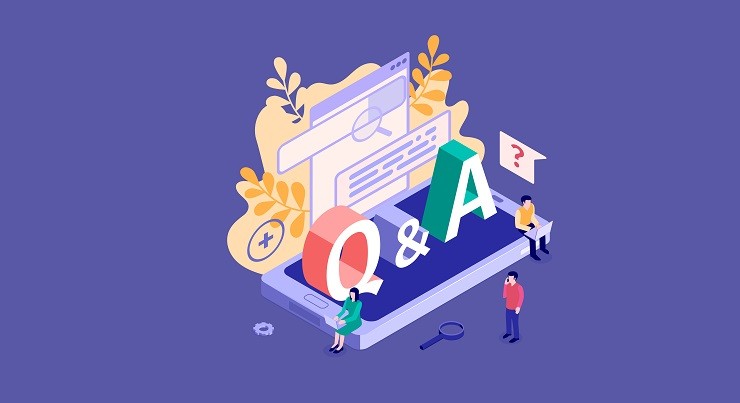 Q: How do FCoE and iSCSI relate to one another? FCoE is a low-overhead, high-performance encapsulation of Fibre…
byPedro Hernandez 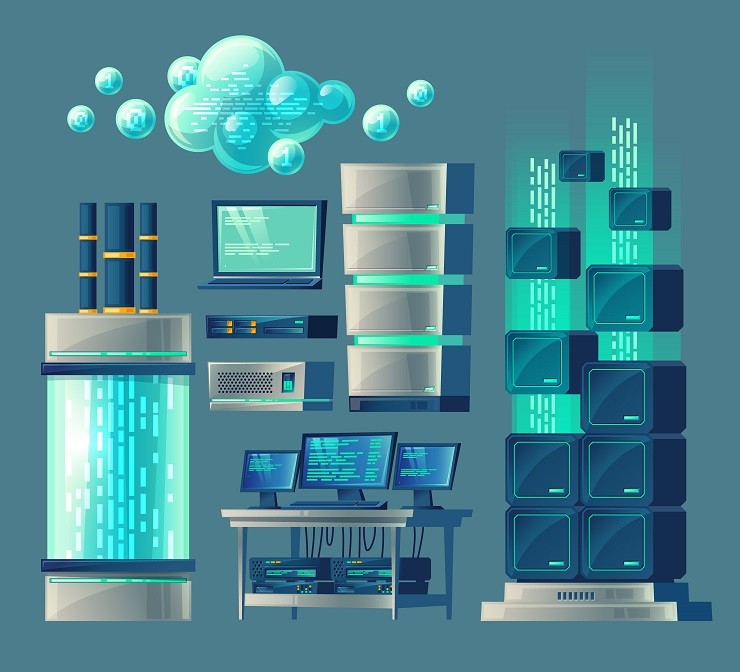 It’s no secret that managing file-based storage is becoming a complex task, and as unstructured data continues to…
byKevin Komiega 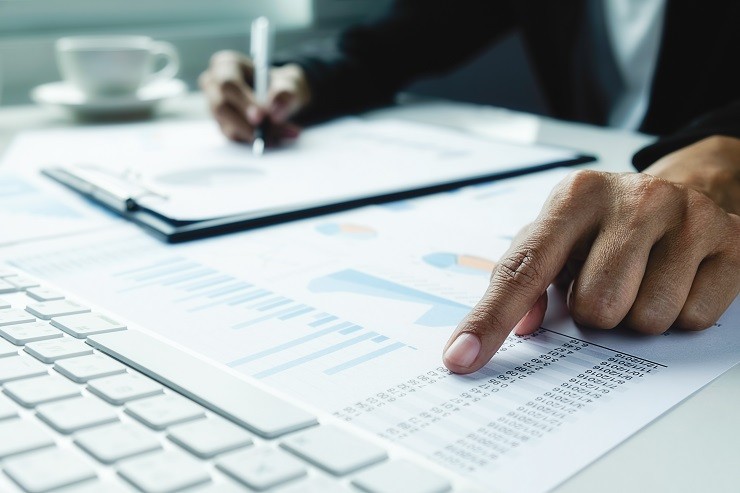 Who says that startups can’t crack the market-share stranglehold of the big boys? Isilon appears to be on…
byDave Simpson 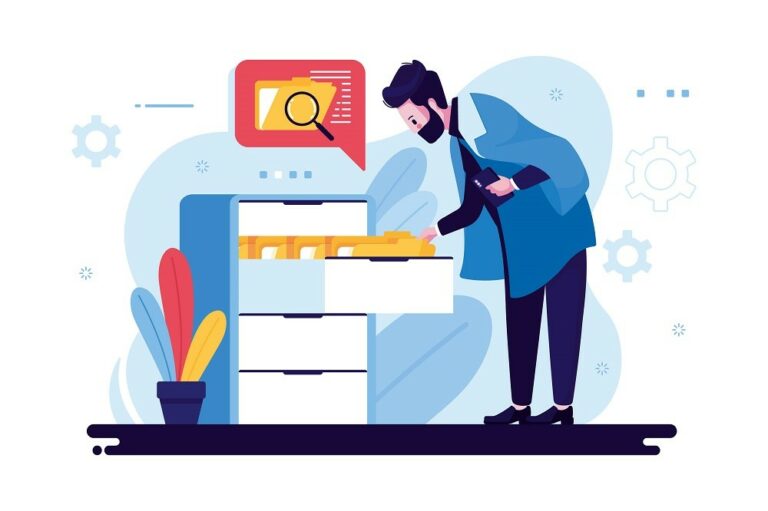 A couple of weeks ago marked the wrap on VMworld 2010. And the two weeks following the whirlwind…
byJeff Boles