Apple iOS 16 Will Display A Helpful And Personalized Lock Screen

From Lock Screen updates to new ways for interacting with photos or videos, the much-anticipated iOS 16 software update finally launched on September 12, 2022, for free. The update is available for iPhone 8 and later models. However, some new features might not be accessible in all locations or languages. 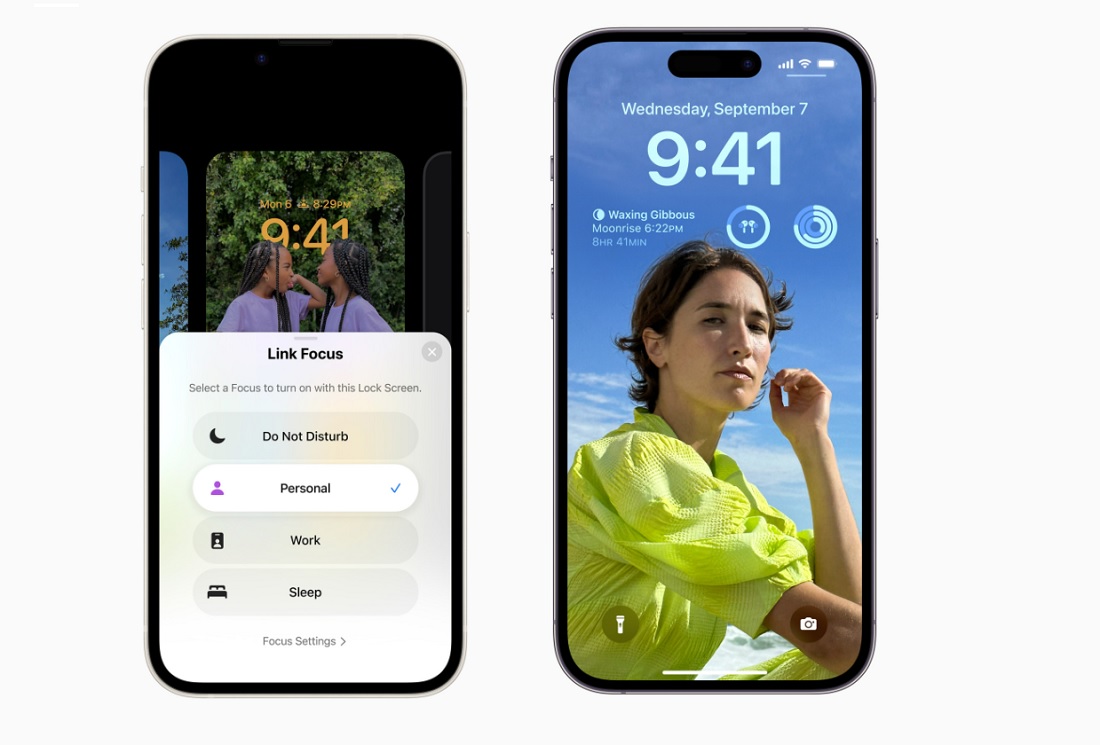 Starting with major updates, iOS 16 will display a helpful and personalized lock screen. Some lock screen changes include adding depth effects, customizing the font, and new widgets such as time zones or upcoming calendar events.

Also, the redesigned notifications alert list will pop up from the bottom of the screen that can be expanded or stacked.

Users can also suggest pictures from the personal library for the Lock Screen or set a group of photos that will change throughout the day.

Furthermore, in iOS 16, users can set up Focus easily and connect it to their Lock Screen. Consequently, apps including Calendar, Messages, or Safari will show users relevant content and help them concentrate on the given tasks.

Update For Messages and Mail

The new updates to Messages now allow users to edit, mark as unread, plus undo any message sent. Also, inviting friends plus family to SharePlay is now available, and the latest collaboration options make it hassle-free to work with others.

New tools for Mail have been added that enable users to schedule an email for a specific time and cancel message delivery before reaching the receiver’s inbox. The new Remind me option lets anyone set message reminders to view later, obtain automatic suggestions for follow-up emails, and automated alerts to add the recipient or attach a file in the email if missed.

Visual Look Up now recognizes spiders, birds, statues, and more to help users obtain details about the objects or scenes within the photos. Users can now also use the Live Text option to recognize text in a video for translating, copying, pasting, or converting currency.

Safari also obtained major security updates with the option of Passkeys Browsing. The Passkeys Browsing utilizes biometric verification such as Touch ID and Face ID that cannot be phished or leaked. Safari even obtained a new Tab Groups option that lets you share a group of websites with friends or family.

iOS 16 has several accessibility options, including Door Detection that assists blind or people with low vision, Apple Watch Mirroring to help individuals with physical and motor disabilities, and Live Captions to make it convenient for Deaf users to understand different audio content.

According to Apple, another update will be released later this year, including further changes to the new iOS 16.