The upcoming Sapphire Rapids processor will provide 48 cores along with 96 threads, plus will be available in two variants. The first version is 300W, which offers a 2.1 GHz base plus 3.0 GHz boost clocks. The second variant is 330W and provides an all-core boost of 3.1 GHz.

The Sapphire Rapids are being introduced to replace the existing Cascade Lake Xeon processor series. Consequently, the new chips will come with major upgrades and contain the Golden Cove cores. 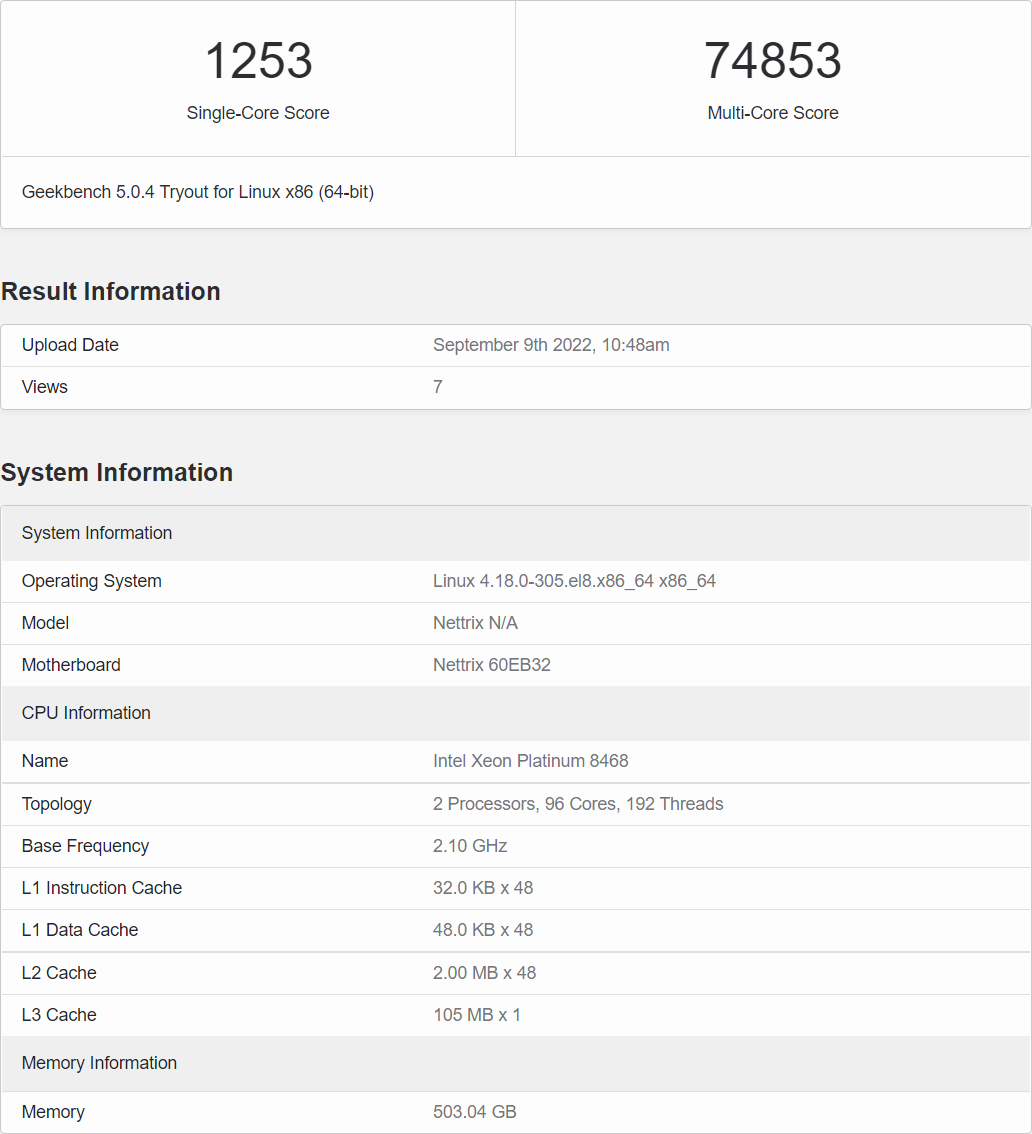 The test was carried out using the Linux Operating System, having 512 GB DDR5 memory and a Nettrix 60EB32 motherboard. Also, the results might vary a little if testing on a Windows OS. Moreover, a dual-socket config was utilized that helped double the core/thread count to 96 cores, along with 192 threads.

The test revealed that the Xeon Platinum 8468 was similar in performance if compared to the AMD EPYC 7763 chips that have 128 cores along with 256 threads. Keep in mind, that the AMD EPYC 7763 chips come with about 33% higher core plus thread count, as well as functions at a much higher frequency. But, comparing the AMD chip with Xeon Platinum 8468, the latter is a bit faster in terms of single-core performance.

There have been several bugs detected in the Sapphire Rapids chip that ultimately lead Intel to push back the launch for next year. On the other hand, AMD’s Milan Genoa is set to launch around the end of this year.