Even if Stranger Things season 4 (Volumes 1 and 2 combined) crossed 1.352 billion viewing hours, it couldn’t defeat the top-rated South Korean survival drama Squid Game. Everyone expected the record would break this time, but the sci-fi series couldn’t beat the most popular horror survival show.

The Stranger 4 series has two volumes. The first Volume debuted on May 24, while the second season debuted on July 1. The former consists of seven episodes, while the latter consists of two. When calculating viewership, Netflix considered Volume 1’s viewing for the first 28 days. The final count doesn’t consider how many people watched Volume 1 during the 28-day viewing period for Volume 2. 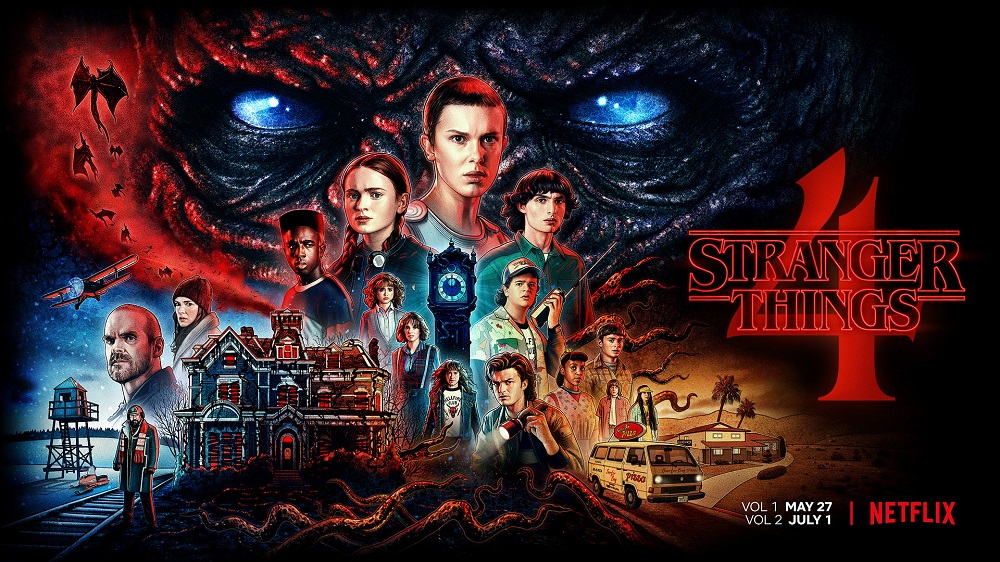 As there was news that Netflix’s servers have crashed, the information that it didn’t win against Squid Game has shocked many. Compared to the tally of 1.650 billion viewing hours of Squid Game, Stranger Things 4 has 1.352 viewing views. It would have become the most popular Netflix series if Stranger Things 4 had beaten this record for the first 28 days of viewing.

Even if Stranger Things Season 4 is 13 hours long compared to Squid Game’s 8 hours, this sci-fi series still couldn’t get a massive advantage to win over the famous South Korean drama. We must wait to see if any other sci-fi series will beat the globally popular Squid game series.

Duffer Brothers are the Creator of the top-rated Stranger Things series. It is a sci-fi Netflix series focusing on children in a fictional rural town with supernatural experiences. The mechanics need to survive different deadly stages, which is horrific. Some famous series stars are David Harbour, Finn Wolfhard, Joe Keery, and Winona Ryder. There are rumors that the creators are planning a live-action adaptation of the ‘Death Note,’ a famous Japanese series.

Bridgerton 2, with 656 million hours of views, is another popular English-language series ranking just below Stranger Things 4.

Recently, the romantic drama Virgin River gained popularity and held the top spot for the week of July 25, as it got 87.9M views in its first week of release.

Netflix’s popular series Squid Game creator Hwang Dong-hyuk said, “So, there’s been so much pressure, so much demand, and so much love for a second season. So, I almost feel like you leave us no choice. But, I will say there will indeed be a second season. It’s in my head right now. I’m in the planning process currently. But I think it’s too early to say when and how that will happen.” (via CBR.com). We all can expect the new series of Squid games, and this time it may beat its record.

There will be more significant expectations with the next series of Stranger Things, the fifth and final series. The Stranger Things screenwriting team has already started working on the script.