Twitter is testing a new capability that will allow users to tweet out multiple media formats – GIFs, videos, images – as part of a single tweet. Previously, the platform allowed multiple images (maximum four) in a tweet but had no way to include more than a single GIF or video or mix things up.

The new feature, going by the screenshots shared, will give users a carousel of different media options when creating a new tweet. It was first spotted by app researcher Alessandro Paluzzi in April and has just been confirmed by the microblogging site.

Twitter To Support Tweets Beyond 280 Characters, Images, GIFS, And Videos 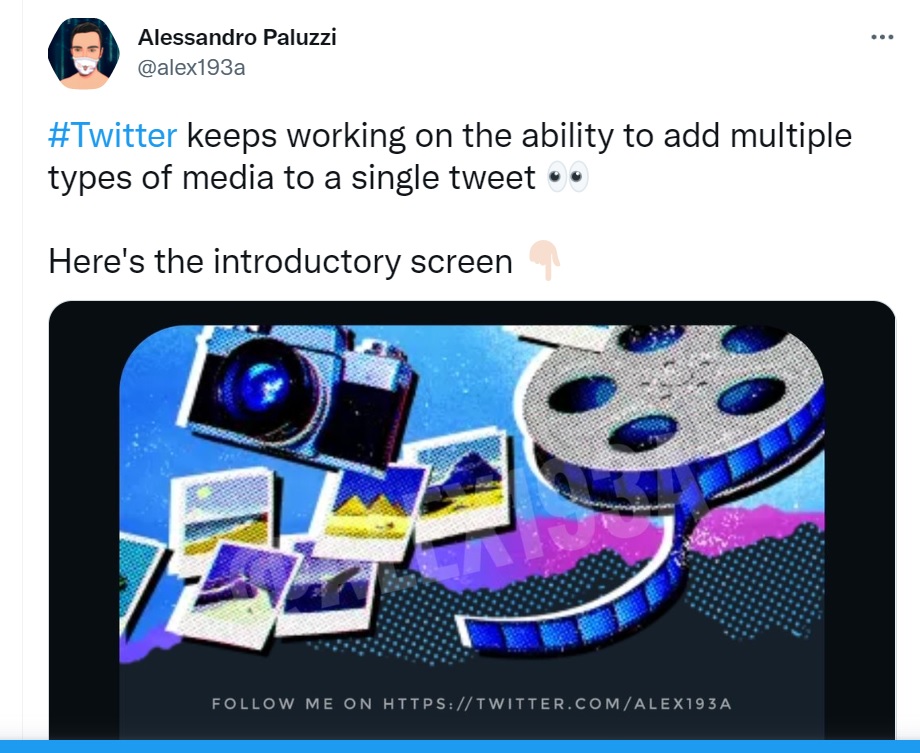 “We’re testing a new feature with select accounts for a limited time that will allow people to mix up to four media assets into a single tweet, regardless of format. We’re seeing people have more visual conversations on Twitter and are using images, GIFS and videos to make these conversations more exciting. With this test, we’re hoping to learn how people combine these different media formats to express themselves more creatively on Twitter beyond 280 characters,” the company said in a statement to TechCrunch.

Some users who received the feature shared what a tweet with multiple media types would look like (only viewable through the Twitter mobile app). The feature will also allow users to add tags to respective photos or videos added in a tweet.

Interesting to see how the tweet displays on different timelines.

The test marks the latest experiment from Twitter to make its platform more engaging for users worldwide. Before this, the company began testing the ability to co-author tweets with other accounts and introduced status labels such as ‘hot take’ and ‘spoiler alert’ for new tweets.

Currently, there is no word on when or if the ability to tweet out multiple media types in a tweet will be widely available to Twitter users.