Twitter has announced that it is testing new features that will empower users to edit tweets. Currently, it is limited to the testing team, and Twitter Blue users will be the first to receive the updated feature soon.

However, it has been reiterated that this is only the testing phase.

‘Edit Tweet’ is one of the much sought-after features on the 280 characters-based social media platform. It allows users to edit their tweets, fix typos, add missing tags, and correct any information errors.

Users can avail of this facility a few times within a short period of 30 minutes.

How will Edited Tweets Look? 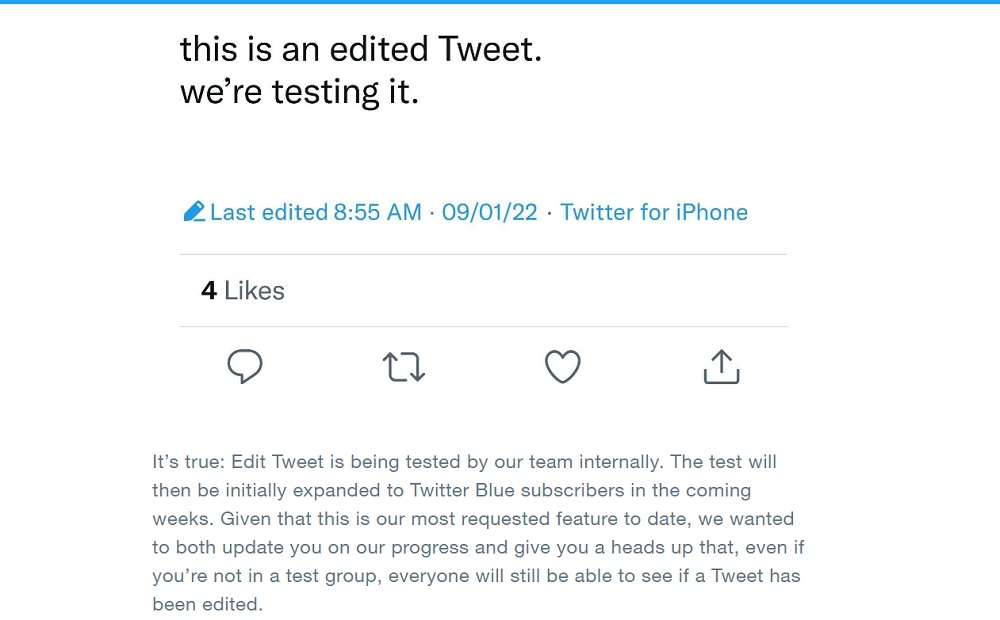 Fellow users can easily understand if and when the edit has been done. It will add more transparency to the conversation while providing ample room to present and modify your view.

Upon tapping, the label will offer a detailed view of the Edit History of a tweet.

The First Testers of the Feature

Currently, access to the Edit Tweet feature is ‘intentionally’ restricted to the internal teams. Upon receiving appropriate feedback, more fine tunes will be done to track and resolve any unwanted technical glitches.

The team is also mindful of limiting the potential to misuse the feature to a minimum.

When Will It RollOut?

The new feature is scheduled for a primary rollout to Twitter Blue subscribers later in September. Available at $4.99 per month, Twitter Blue users get early access to new features after its introduction.

Will There Be A Global Rollout?

No. The feature accessibility will be localized to a specific country at first. Based on the data collected from the users’ behavior, usage pattern, and suggestions, Twitter will learn more about how people use Edit Tweet.

Also, it will monitor the impact of the feature across all its user bases in all regions and study the effect of the Edit Tweet feature on how users read, write and engage with other tweets.

Importance of The Feature

Twitter has been bleeding profusely for quite some time. It is suffering from repeated outages, legal tussle with Elon Musk, rampant misinformation, the toxic culture of online harassment and abuse, limitation of visibility to specific posts, repetitive bans, and an increasingly degraded tone of civil discourse.

Also, adding to its woe, a recent development suggests that the number of bot accounts on the platform could go as high as 80%.

The recent improvement seems to suggest Twitter’s intent on fixing UX-related issues. “We’re hoping that with the availability of Edit Tweet,” it says, “Tweeting will feel more approachable and less stressful.”

But whether this feature will improve user engagement and facilitate more conversion participation is for the future to tell. 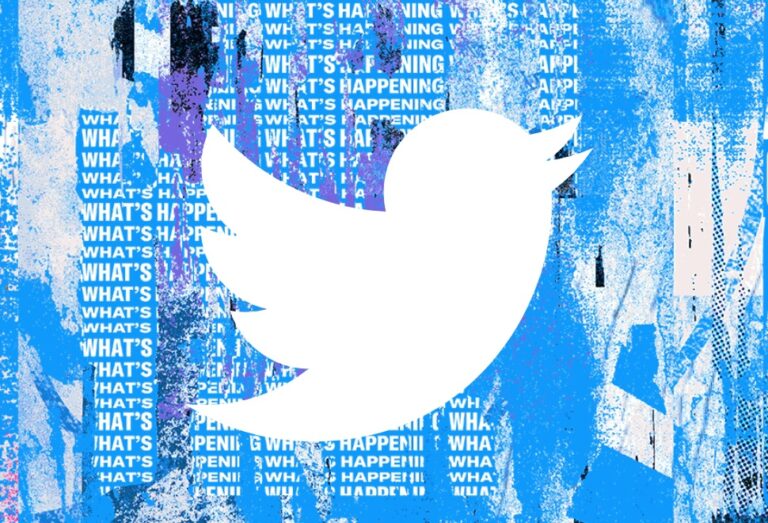 Twitter announced that they will be upgrading the Spaces Tab and integrating a Podcast option. The new design…
byAnkitha 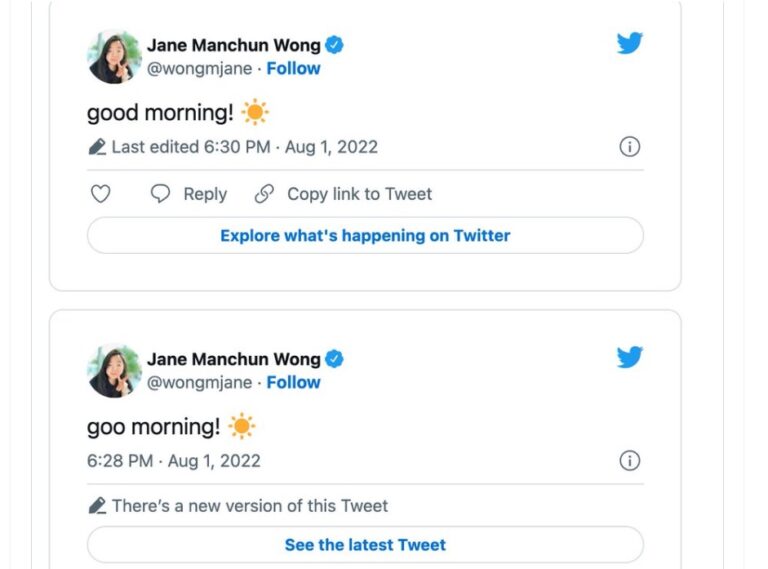