As 2013 draws to a close it’s time to look to the future of data storage. Here are seven storage trends that will play a key role in 2014:

Enterprise storage requirements have grown explosively over the last few years, and there’s no sign that that’s going to change in 2014. IDC predicts enterprise storage compound annual growth rates (CAGR) of over 50% through to 2016, and that means that budgets will be stretched as IT departments struggle to accommodate these growing storage requirements. The good news is that with the global economy improving, there may be room for increased budgets in some businesses.

There’s little doubt that one of the key drivers of this storage growth is Big Data and its related applications. There’s plenty of hype surrounding the term, but the fact is that Big Data is here to stay and the adoption of Big Data applications is still increasing. The only question is whether that 50% CAGR figure will stay the same or increase after 2016.

2. Primary Storage Will Start To Move To The Cloud

The year 2013 saw the demise of Nirvanix, a well-established cloud storage provider. But Nirvanix’s failure is unlikely to do anything more than slow the trend towards moving enterprise storage to low cost cloud resources.

Two things are likely to change in 2014, however. The fallout of Nirvanix is likely to be a flight to quality, with Amazon Web Services (AWS) and just one or two other big name cloud providers the likely winners. After all, if Nirvanix can fail, why trust anyone but the biggest cloud providers?

But the biggest change is likely to be the type of data that’s stored in the cloud. Up to now it has primarily been backup and archive data, but offerings like Amazon’s DirectConnect and the increasing sophistication of cloud storage gateways mean that enterprises will increasingly look to the cloud when it comes to increasing their primary storage capacity.

In the face of the relentless growth in storage requirements, enterprises will look to get more from the storage resources they have already invested in by implementing efficiency technologies like deduplication – even in primary data – and thin provisioning.

The good news is that there are plenty of untapped opportunities for increased efficiency: for example, Enterprise Strategy Group (ESG) estimates that only around half of enterprises have turned on thin provisioning in their storage systems. “There are all sorts of un-mined storage efficiency opportunities if people take the time to investigate their options and actually deploy the functions they have on existing systems,” says ESG’s Mark Peters.

There are many benefits of solid state drives, including high performance and reliability, and low heat generation. The main drawback has always been the cost. While SSDs will continue to be more expensive per gigabyte than conventional hard disk drives, SSD prices are falling fast. That means that the high performance they offer will be worth paying for in an increasingly large number of applications.

But there’s another factor at work here too. Enterprises achieve high performance storage in a number of ways, including short stroking large numbers of HDDs to get the IOPS they require. By introducing a small amount of SSDs into their storage mix, many enterprises will be able to achieve the same performance for lower cost – and potentially free up much greater volumes of HDD storage capacity that can be redeployed elsewhere.

Server virtualization has been moving steadily down from large enterprises to much smaller organizations, but many of the benefits of server virtualization are only available to enterprises with SAN resources. VMware, HP, Datacore and others have unveiled virtual storage appliances over the last few years that use internal and direct attached storage resources to create shared storage, and 2014 could be the year that they start to be used in earnest by smaller companies.

Power, cooling and floor space costs are key considerations for any enterprise operating its own data center. The year 2014 will see enterprises looking to get more storage for less cost by testing new technologies such as low energy, high capacity helium filled drives.

The high densities that helium drives can provide (up to 6TB per standard 3.5 inch drive) will offer the prospect of significant floor space savings, while the attraction of their lower energy consumption (and related cooling costs) are obvious. The technology is relatively new and untested in production environments, but if it proves successful then it could be adopted rapidly in places where energy costs are high or floor space is at a premium.

Another result of the Nirvanix storage cloud shutdown is likely to be that enterprises demand – and cloud providers increasingly offer – SLAs that spell out how data can be moved from one cloud to another, the bandwidth that will be available, the support that will be offered, and what happens to data that is left behind.

While these agreements may be academic if the cloud provider is really on the verge of closing up shop, attention to the details of getting data out rather than in is something that will occupy more and more of storage staff’s – and attorneys’ – time. The State Of The iSCSI Market

The IT world is driven by change in the various technologies that affect the overall environment: networking, servers,…
byDavid Dale 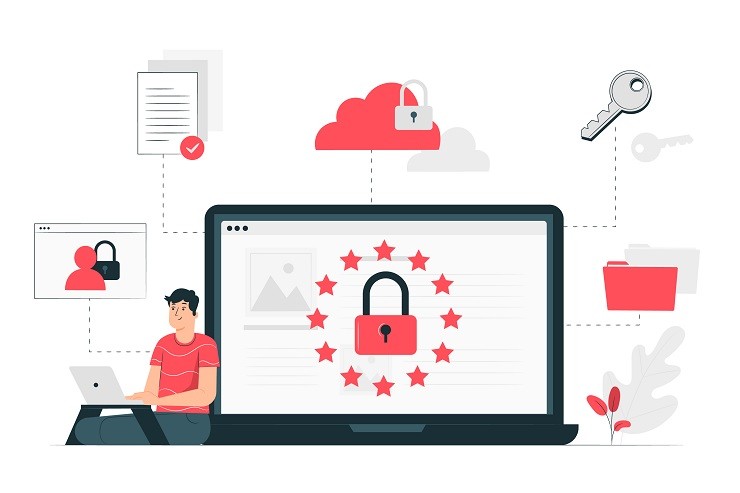 At the EMC World conference today, Emulex introduced its first hardware-based encryption HBAs, as well as its first…
byDave Simpson

Brocade announced today that its 10Gbps converged network adapters (CNAs) have been qualified, and are available from, EMC,…
byDave Simpson