LinkedIn Experiencing A Problematic Surge In AI Based Fake Profiles

LinkedIn, the popular business and employment-oriented online service platform is experiencing a problematic surge in the number of fake profiles and phony identities.

According to the recent blog post of cybersecurity researcher and analyst Brian Krebs, the LinkedIn profiles of Human Resource executives and top-level administrative personnel of various organizations are the primary targets.

Artificial Intelligence (AI) enables this crisis to a large extent, as it can produce unmistakable identities and profile pictures.

Besides that, texts from bonafide LinkedIn members are copied and pasted into the profile, making it more difficult to identify fake profiles.

This recent cybercrime adversely impacts the sense of security, the scope of genuine conversation, and the hiring process, which are critical to LinkedIn’s business model. 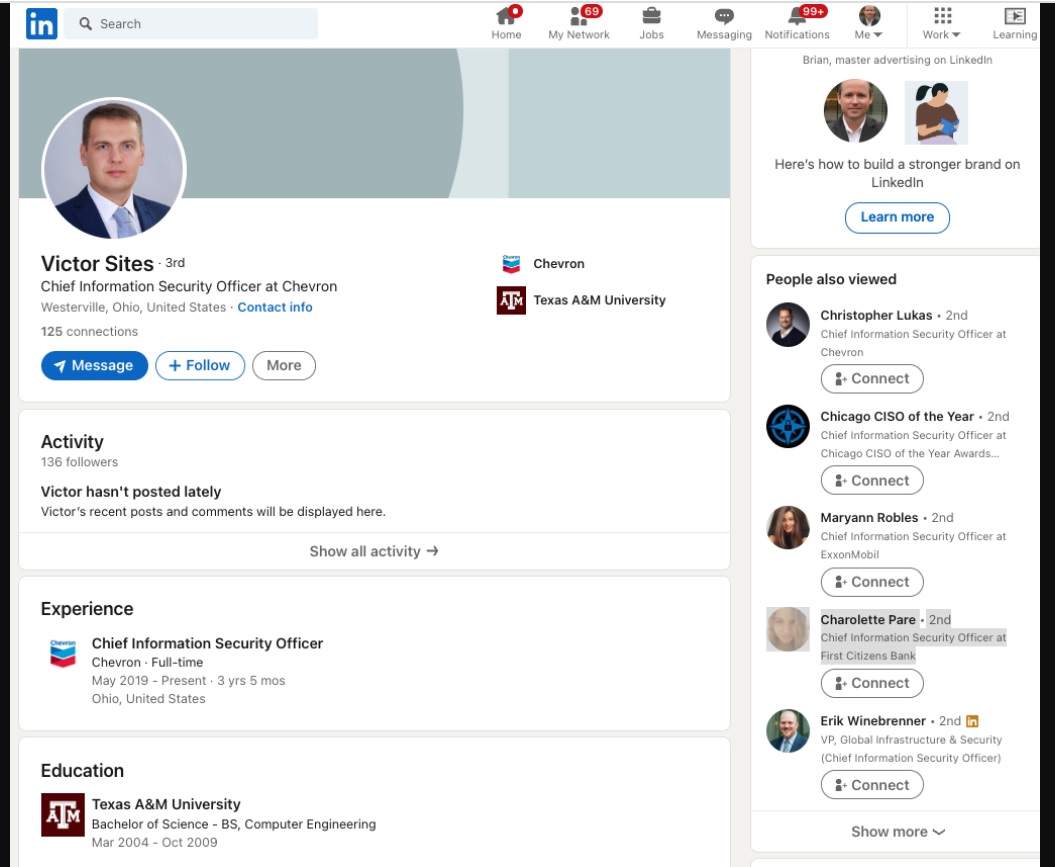 The incident was first observed when KrebsonSecurity did an in-depth security analysis of many recently-created fake profiles and found them to be impersonating crucial roles in some top companies.

According to the report, CISO (Chief Information Security Officer) roles of multiple fortune 500 companies are primarily being faked. The targetted companies include Biogen, Chevron, ExxonMobil, and Hewlett Packard.

Who Is Behind The Fake Profiles On LinkedIn?

Besides LinkedIn, the famous job listing website Indeed also seems to be a target.

How Are The Fake Profile Pictures Being Created?

Although, it is unclear at this point how so many profile pictures that are not remotely identical are being created at such a rate.

However, many experts are hinting at the website thispersondoesnotexist.com.

According to the news outlet BBC, this website is highly efficient in using AI to make new lifelike images of human faces out of the blue. It uses a technology developed by the chipmaker giant Nvidia.

Thispersondoesnotexist.com has proved to be the exact tool miscreants need to make LinkedIn profiles.

The Concern Of Fake Profiles On LinkedIn

Here’s a brief list of the dangers posed by fake profiles:

The ‘pig butchering’ scam involves losing millions of dollars in complex investment frauds. Usually, fake profiles contact the targeted social media users. Then using deception and flirtatious texts, the victim is lured into investing a massive sum of money on cryptocurrency trading platforms. The fraudsters ultimately lock the victim out of his account.

In many cases, Google Search returns fake profiles on the top results, making it easier for scammers to appear legitimate.

Multiple groups in the platform are already raising their concern to LinkedIn, which in June assured its users in a blog post that its automated defenses are fully capable of detecting fake accounts and scams.

The sooner LinkedIn finds a way to full-proof its aura of safety and security on the platform, the better.