Macbook Air 2022 is officially the next new laptop from Apple. This is after the company announced at the currently-underway WWDC 2022 event its intentions to release the Macbook Air 2022 in July 2022. Though, many keen followers of Apple were not caught off guard by the announcement. After all, Apple’s senior vice president for hardware engineering, John Ternus, had hinted at the new laptop back in March at another Apple event.

The all-new 2nd Gen M2 processor will power the gadget. Secondly, acquiring this much-anticipated machine will cost you about $1,199.

Macbook Air 2022 Price, And More About The Processor 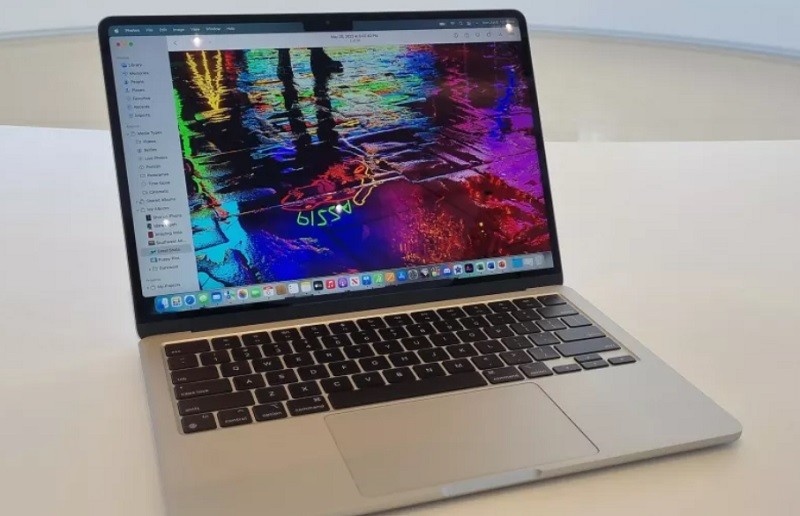 Macbook Air 2022 is the sequel to some of the best laptops ever made by Apple, including the MacBook Pro 2021 series. Surprisingly, the price tag of this laptop only exceeds that of its second runner-up, the MacBook Air (M1, 2020), by only a couple hundred dollars. The former retails at $999, and the Macbook Air 2022 is expected to retail at $1,199, which is a $200 difference. Could that possibly mean that the difference between it and its existing counterpart would be very thin in terms of overall performance?

While that remains to be seen, our prediction is that this laptop will be far much better in performance than its main rival, the MacBook Air (M1, 2020). It shouldn’t be forgotten that the MacBook Air 2022 will be powered by an all-new 2nd Gen M2 processor, which we’ve learned to have far much greater capabilities than the M1 processor.

For example, the M2 will provide 18% more CPU performance than the M1 processor at the same power consumption level. Furthermore, it will run some of its cores at faster clock speeds than the latter, thanks to the new production process that Apple’s semiconductor maker has adopted, Taiwan Semiconductor Manufacturing Company(TSMC).

In Macbook Air 2022, Apple has ensured epic improvements in some of its laptop features though a good number remain unchanged.

For example, the 13.6-inch display with IPS technology1 is now backlit with LED. It’s also characterized by a 2560-by-1664 native resolution at 224 pixels per inch, and with support for 1 billion colors, it’s the best in its class so far.

A display port with support for one external display with up to 6K resolution at 60Hz is another improved feature in this particular model from the Macbook Air lineup. This display can be powered simultaneously as the in-built MacBook Air display has two active displays, but only one of them can be an external display.

What’s more, the Macbook Air 2022 comes with a 1080p FaceTime HD camera. It’s a slight improvement from the previous cameras for the Macbook series, thanks to the advanced image signal processor and computational video functionality by which it’s characterized.

The laptop also comes with a Backlit Magic Keyboard. This keyboard has Touch ID and Ambient Light Sensor, allowing it to glow when operating the laptop in darkness or a dull-lit place.

As far as memory goes, MacBook Air 2022 boasts an 8GB unified memory RAM that can be upgraded to 24GB or 16GB. While an 8GB RAM is pretty standard nowadays, this particular RAM is unique as it’s somehow interconnected with the laptop’s processor, GPU, and many other key components.

There isn’t any notable improvement to talk about when it comes to storage since the laptop comes with a 256GB SSD Storage3 configurable to 512GB, 1TB, or 2TB. It’s now a standard type of storage for many latest laptop models.

The same can be said about video playback. As always, this feature supports a range of formats, including H.264, ProRes, HEVC, and HDR with Dolby Vision, HDR10, and HLG.

Similarly, Air 2022 has the same wireless connectivity technology as its predecessors. It retains the usual Wi-Fi 802.11ax and Bluetooth 5.0, part of Apple laptops made as of 2016.

Likewise, nothing about the new laptop’s sound system is unique from what we’ve seen in the previous models. It’s still the same old four-speaker sound system with wide stereo sound and support for Spatial Audio.

Apple also retained its battery technology in this new laptop. Like the slightly older laptop models from the same manufacturer, the laptop comes with a 52.6 Watt-hour lithium‑polymer battery with up to 18hour battery life.

Even though Apple hasn’t officially announced a ship date for the new Macbook Air 2022 laptop, the company is already taking pre-orders as of June 6. Interested buyers can pre-order directly on the company’s website or in specific online marketplaces, including Amazon and BestBuy.

Nokia has recently started to upgrade its Nokia 2.4 phones with Android 12. Currency, only users across a…
bySachin Sidharth

As the world dives into the realm of virtual worlds, India has jumped on that bandwagon by introducing…
byMike Diver