Are you searching for the Best Gaming VPN in 2022? Desire an unparalleled gaming experience while protecting your online avatar from prying eyes and Man-In-The-Middle attacks? Browse our article to learn about the highest-rated Virtual Private Networks (VPNs).

VPN servers are remote computer networks managed by VPN providers for transmitting users’ internet traffic in encrypted form. VPNs use tunneling to shield your digital activity by dividing individual traffic into encoded data packets. These packets are re-coded into ciphertext and can only be decrypted by authorized entities.

Thus, VPN is a technology for obtaining secure connections from a system/device to the web. It prevents strangers, third parties, onlookers, governments, or ISPs from reading/accessing your data and works as a virtual IP charger for increased online freedom.

Which Are The Best Gaming VPNs?

The VPNs mentioned below are device-agnostic and configurable on multiple network-assisted storage devices like computers, phones, routers, tablets, etc. They encrypt personal traffic and prevent spying while you are connected to public WiFi.

Moreover, IPVanish possesses a WireGuard VPN protocol for ultra-fast surfing and enables secure media consumption. Furthermore, users get unmetered connections per account and can connect multiple devices to the VPN simultaneously. Besides, the IPVanish app is universal and does not monitor users’ browsing activities.

ExpressVPN is one of the best gaming VPNs, with 70% of the global bandwidth deployed on 10Gbps servers in 94+ countries for higher speed, security, and reliability. Its smart location algorithm ranks server locations based on critical metrics like distance, latency, download speed, etc., to facilitate lightning-fast browsing.

Besides, it has a robust automatic network lock that you can switch off with a few clicks/commands on Mac, Windows, and Linux. Furthermore, its symmetric AES-256 encryption hides your IP address, mixes individual traffic with others, and encodes traffic between protected VPN servers & PCs.

Are you seeking a blazing 20Gbps server speed and unlimited streaming without ISP throttling, turtle load time, and continuous buffering? Choose PureVPN as it has an extensive international network with 6.5K+ optimized VPN servers in 78+ countries and 96+ locations. It supports 20+ devices, including gaming consoles, browsers, Roku, BoxeeBox, etc.

Besides, PureVPN provides exclusive P2P servers at locations where P2P file sharing is legal. It also self-regulates its global network rather than relying on shared servers from third parties. Thus, PureVPN is synonymous with security and enhances speed, dependability, and privacy.

Moreover, the PureVPN service runs smoothly in the background, sans hiccups. Thanks to its self-designed service and proprietary applications optimized for progressive broadband connections.

Its product suite includes a premium VPN for port forwarding and a business VPN – PureDome. The business VPN is a dedicated server with a singular team IP for safeguarding remote team connectivity and controlling data access.

Touted as the ultimate security package, NordVPN is the popular gaming VPN and malware blocker to preserve documents on an encrypted cloud. It offers a comprehensive suite of features to help users securely surf apps, videos, and websites.

The Meshnet permits users to link to any remote system over ciphered private tunnels and uncover traffic diversion. Similarly, NordVPN’s threat protection functionality safeguards your online footprints from fraudsters, viruses, infected sites, and virtual hazards. Moreover, the “Dark Web Monitor” will alert you when sensitive personal information is leaked over the hidden web.

One of the distinguishing features of NordVPN is next-generation encryption for data safety. Additionally, it allows users to modify their IPs twice and add an extra security layer to their web traffic. Furthermore, users can blend NordVPN encryption with The Onion Router’s anonymity. 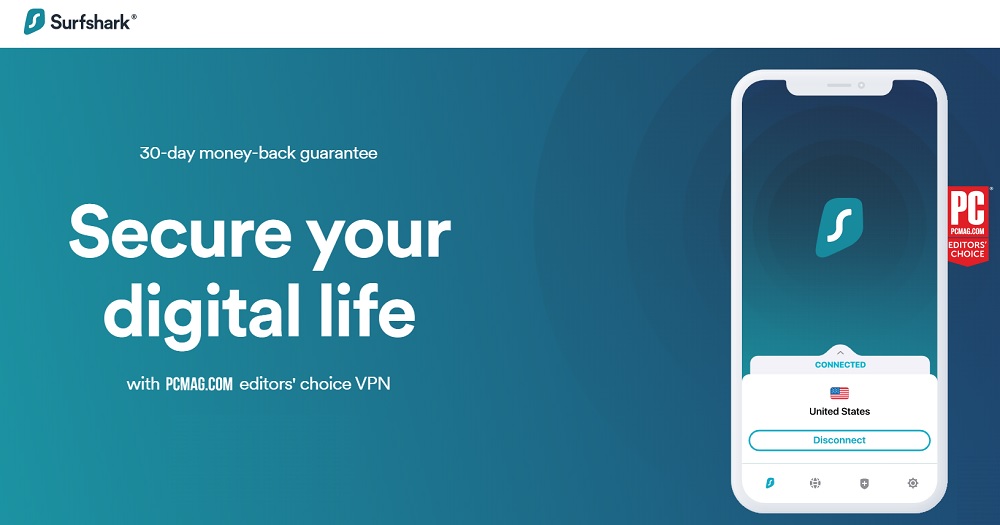 Surfshark’s Bypasser helps users segregate the data traffic into two parts – one that will be encoded and passed through the VPN and the one that will use the internet. All data-heavy applications and wireless devices whose IPs can be modified by a VPN can be appended to the Bypasser. It is beneficial for websites that load with significant delay due to a VPN. Moreover, it facilitates simultaneous use of your IP (to access local content on certain apps) and the VPN server’s IP ( to remain hidden on specific sites).

Zero activity logs, leak-resistant private DNS while using IPv4 stack, private browsing enabler, and AES-256-GCM encryption are other specialties of SurfShark. The Camouflage and NoBorders modes ensure you can use the VPN anytime, anywhere, in stealth mode. WireGuard, IKEv2, and OpenVPN are the VPN protocols supported by SurfShark.

VPNs are secure tunnels between the users’ devices and the web. Traditionally, they helped remote workers access corporate/business networks for internal documents and secured communications. However, the internet’s expanding use cases and an alarming rise in cybercrimes have led to the large-scale adoption of VPNs for amplified online safety.

VPNs help bypass snoopers, packet sniffers, censorships, bottlenecks, and restricted sites as encrypted data transfer channels. From a company’s standpoint, VPNs are valuable for connecting a geographically dispersed workforce to a unified server. Conversely, VPNs help gamers unlock new games, skins, maps, and other accessories that may be firewalled on their respective networks.

Which VPN Is Highly Recommended For Gaming?

SurfShark is an equally good option for gaming enthusiasts, with servers in 95+ countries and a beginner-friendly VPN infrastructure. An unlimited VPN sans speed, device, or bandwidth limits, SurfShark helps gamers connect to a top-class server in their vicinity with a single click. Moreover, it minimizes ISP slowdowns and maximizes the gaming experience.

Is It Safe To Use Free Gaming VPNs?

The rising demand for Gaming VPNs has led to the proliferation of free VPNs promising impeccable online safeguards and privacy at zero cost. However, VPNs are complex software requiring ample funds for maintenance and upgrades as per the continually changing internet privacy dynamics. So, how do free VPN services cover these expenses? By compromising on speed, performance, quality, and security standards.

They may use tracking mechanisms or cookies to monitor your web activities and capture confidential data sold to third parties or evil entities. Moreover, as advertisements constitute a significant revenue source for free VPN providers, you will be frequently interrupted by ads, including those containing malware.

Besides, they will likely sell your bandwidth/device processing power to paid subscribers or utilize your bandwidth for botnet attacks. Lastly, free VPNs cap your data usage, deliver abysmally low net speed, and cannot unblock sites like Netflix that have resilient geoblocks. Thus, you must avoid using free VPNs.

What Is Split Tunneling?

Split tunneling is a bandwidth-saving functionality that enables users to encrypt some portion of their app or device traffic with a VPN. It enhances net speed without slackening web activity, facilitates simultaneous access to local & foreign internet services, and helps users connect to LAN devices/network printers. Simply put, you can route some traffic through the VPN tunnel and the remaining via an ISP.

Contrarily, inverse split tunneling only protects specified apps/devices and allows everything else to pass outside the VPN.

Ping is the measure (in milliseconds) of the internet traffic’s transmission time between a user’s device and the destination IP address. As a VPN adds an extra stop en route to the endpoint for your web traffic, VPN usage will increase pings. A suggested method to battle higher ping woes is connecting to a local VPN server nearest your location. This way, the data travels the shortest possible distance and ping time stays within the acceptable range of 15-50 ms.

Playstation, Xbox, and Nintendo Switch have made it daunting for users to install VPNs on them. Nevertheless, these gaming consoles can be run on the VPN connection of your router or PC, even though the setup process might seem tedious. Moreover, log on as a user with admin privileges.

When connecting the console to the VPN service on the router, ensure the console is not using a proxy server and has an active Wi-Fi/wired LAN connection. Similarly, when using the PC VPN connection, plug the console into your PC’s network adaptor using an Ethernet cable or wirelessly and enable net connection sharing.

Some countries, like China, Belarus, Russia, etc., have outrightly banned VPNs, while many others have imposed strict cyber laws that make VPN usage risky. In general, VPNs are legal but using them to access sites strictly prohibited by the government is illegal. Moreover, they should not be used for terrorist activities and punishable offenses like hacking, cyber stalking, circumventing geo-locking, copyright infringement, etc.

VPNs are fantastic tools for browsing, gaming, traveling, and streaming without compromising your online identity and privacy, provided they are used for legally permissible activities.

Do you want to know about NFT Gaming or the best NFT games to earn money in 2022?…
bySubhankar Mukherjee
6 shares
4
0
2 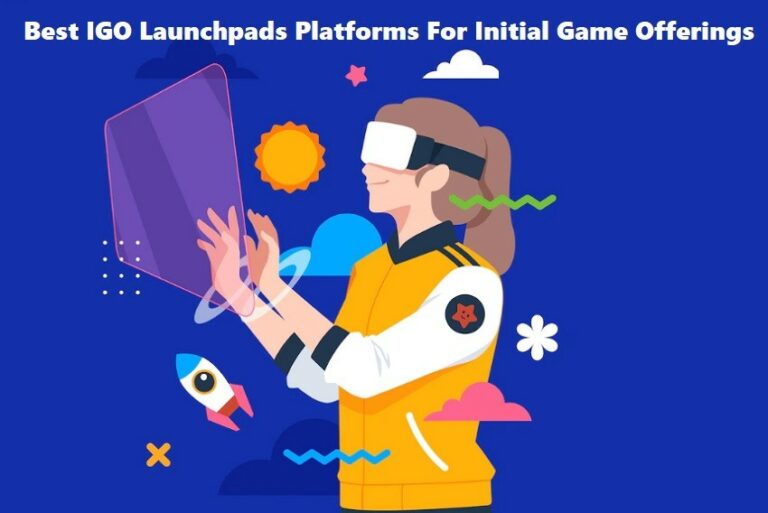 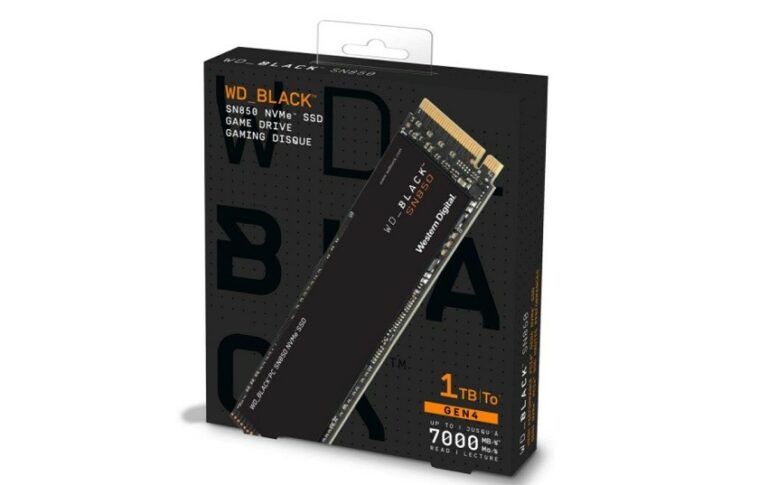 Searching for the best M.2 NVMe SSDs for Gaming Laptops? Finding the Best SSD for gaming pc can…
byMike Diver 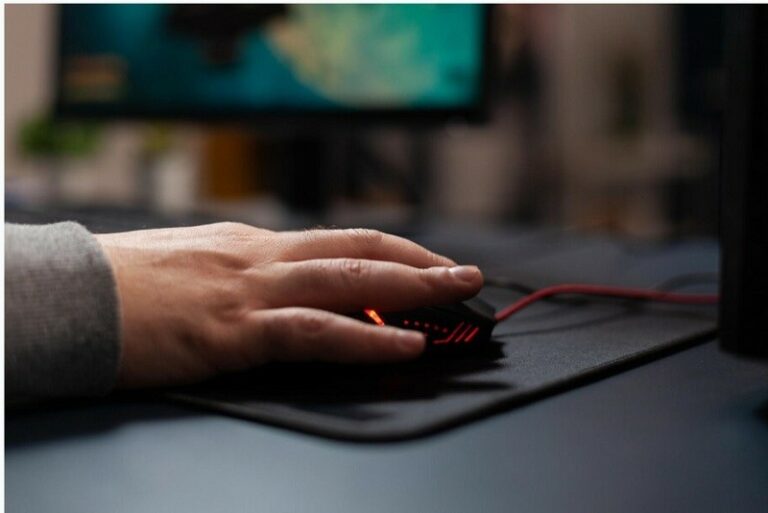 How Do I Choose The Best Gaming Mouse? Things To Know 2022 !

While building a gaming rig, we often stumble around the question, how do I choose the best gaming…
byMike Diver