The surface benefits of deploying integrated wide area file services (WAFS) and WAN acceleration/optimization products are apparent. They cut down on bandwidth costs, speed file sharing and application access, and make managing data across multiple locations easier. But many users of the technology say not only does it work as advertised, but that it also will play a definitive role in how they build out their networks and architect new data centers in the future.

TLC Engineering for Architecture is one of the largest mechanical, electrical, structural, communications, and technology systems engineering firms in the southeast, with 400 employees and nine offices. As such, collaboration is key to the company’s success, and until recently TLC was at the mercy of the network when it came to getting things done.

TLC’s offices are spread all over Florida, with corporate headquarters in Orlando. The firm’s WAN consists of “spoke-and-wheel” connections with dedicated T1 lines linking corporate HQ to each of the branch locations.

“Our bread and butter is CAD [computer-aided design] files. The problem is that pulling up a drawing across the WAN can be tedious and painful almost to the point of being counterproductive,” says Jackie Luker, associate and IT manager at TLC. “You could take a coffee break and come back and the file still wouldn’t be there. It just wasn’t working.”

Luker began evaluating WAFS technology in an effort to help the company’s engineers work more efficiently. “We needed to be able to share the workload and manpower without having to send individuals to different locations, and we needed to do it in an economical way,” he says.

TLC installed GlobalSCAPE’s WAFS software and Luker noticed an immediate performance increase. GlobalSCAPE’s software is real-time, multi-directional data-replication technology that ensures the same data exists on all servers regardless of where changes occur. TLC’s remote office users are now accessing and sharing files over the WAN at LAN speeds.

Luker says the GlobalSCAPE implementation isn’t just speeding file access and boosting productivity; it’s changing the way he views his network on the whole. “We are presently designing our next network, and we’re looking at using the GlobalSCAPE technology to help create a disaster-recovery site for all of our offices in the state. It also lessens our need to increase our bandwidth on the T1s. Upgrading them isn’t an issue anymore,” he says. “We’re looking at how the technology can change the way we do things.”

ROEL Construction was also looking at WAFS technology to alleviate backup, application, and file-access problems at the edge of its network without upgrading bandwidth at each of its offices.

“Despite using a T1 and other high-speed services to connect offices, our increased application and data-transfer load started to create performance problems that directly impacted our business,” explains Kevin Fitzpatrick, ROEL’s IT director.

“Our biggest issue was backing up data from remote users. Some of our sites have 70GB of data, while others had 30GB and they were growing every month,” explains Fitzpatrick. “We were struggling with it for about a year, but now we’ve centralized the backup data at our corporate site to back it up locally instead of over the wire. The backup window used to take days, and now it takes hours.”

The iShared deployment also enabled ROEL to move forward with another project to migrate from a NetWare environment to an all-Windows environment.

“We thought that migrating to Windows servers at our remote locations would take six to eight months to roll out, but the iShared appliance helped us expedite that. It took a month and a half to roll it out to five remote locations,” according to Fitzpatrick.

Fitzpatrick anticipates that 80% of ROEL Construction’s workforce will be made up of remote workers by 2009. “Our workforce is now more jobsite-based rather than at corporate. The WAFS acceleration technology gives us a way to serve the data up to them so it appears to be local,” he says.

Bill Nance, manager of information systems at engineering firm Dyer, Riddle, Mills & Precourt (DRMP), is also dealing with a growing remote workforce. “What started us down the WAFS path is, that as the company started to grow rapidly over the past five years, our remote offices were getting quite large,” says Nance.

DRMP is an Orlando-based civil engineering firm that employs more than 500 people in 19 offices in Florida, Georgia, and the Carolinas. Utilizing a distributed business model, DRMP offices provide local resources and staff on a regional basis.

Nance says his WAN is crucial to DRMP’s business, but file sharing and version control were gumming up the works.

“More and more of our work is being done in a collaborative environment. Our engineers were waiting quite a while and version control was a nightmare, especially if we had to coordinate a project among three or four offices,” Nance explains. “We’d experience spectacular failures sometimes.”

Nance was considering putting servers in each of the remote locations, but while adding hardware at the edge would help with local data storage, it would not improve real-time collaboration and version control.

That’s when Nance and his team looked at Brocade’s WAFS appliances to consolidate enterprise-wide storage and optimize WAN file traffic. The Brocade WAFS system comprises a core appliance located at the central site with the file server, and edge appliances deployed at remote sites.

Now, when a DRMP engineer opens a file, it is locked and can only be opened as read-only by others. After the user updates the file, only the changes- and not the entire file-are sent back to the Orlando server. As a result, Nance’s version control issues have disappeared, and file sharing over the WAN has been accelerated.

DRMP also eliminated manual tape backups as a result of the WAFS deployment. Backups are now performed centrally at the Orlando data center.

“It makes the WAN work like a LAN, but the side benefit has been the ability to pull remote data back to the data center,” says Nance. “This has been a huge plus and rolls into our DR and business continuity planning by helping us know when all of the backups are finished.”

Nance is now looking at expanding his WAFS implementation from eight offices to include each of his 19 remote sites.

Fulton Financial is also looking to expand its WAFS deployment beyond the branch office. Fulton is a $15 billion holding company with affiliate banks and branch offices spread across the mid-Atlantic states, and the company is on a corporate mission to centralize its infrastructure. The company’s branch offices were experiencing severe printing delays and sluggish application performance. The biggest headache facing Fulton Financial was the amount of time it took to print documents delivered by Citrix Presentation Server. Although the company has a 6Mbps MPLS network connection to a regional affiliate office in Virginia Beach, WAN bandwidth was constantly saturated at 80% to 100%, and it took up to one hour to print large loan applications.

“Keeping our bandwidth requirements down results in a tremendous cost benefit for us, because we have a lot of locations and only five to ten employees at each office,” says Barth Bailey, vice president of network infrastructure and security manager at Fulton Financial. “Upgrading bandwidth was cost-prohibitive and installing and managing local servers just for print jobs violates our server and application centralization strategy,” says Bailey.

Although skeptical because the technology is relatively new, Bailey and his team evaluated Cisco’s Wide Area Application Services (WAAS) solution. “It was easy for us to start with Cisco because they are our standard vendor for switches. We intended to evaluate other solutions, but their configuration provided us with what we needed,” says Bailey.

The result was an immediate increase in performance and a significant reduction in the size of print jobs. “Bandwidth utilization dropped from 90% to 40%. After seeing results like that we weren’t keen on the idea of taking that out to try a different solution,” says Bailey.

Cisco’s WAAS technology may also play a part in future projects at Fulton Financial. “We have some things on the horizon with backup and I think there is going to be a benefit related to backup going across our data-center links. We also plan to ratchet up our replication,” says Bailey. “Optimizing links between our data centers means we can avoid a costly bandwidth upgrade.”

Integrated WAFS/WAN acceleration products are still in the infancy stage in terms of IT adoption, but a long list of established vendors as well as start-up companies have offerings on the market. According to Taneja Group analyst Steve Norall, representative vendors in the WAFS space include Brocade, Cisco, Citrix, Expand Networks, Global-SCAPE, Juniper Networks, Packeteer, Riverbed, and Silver Peak Systems. ❏ 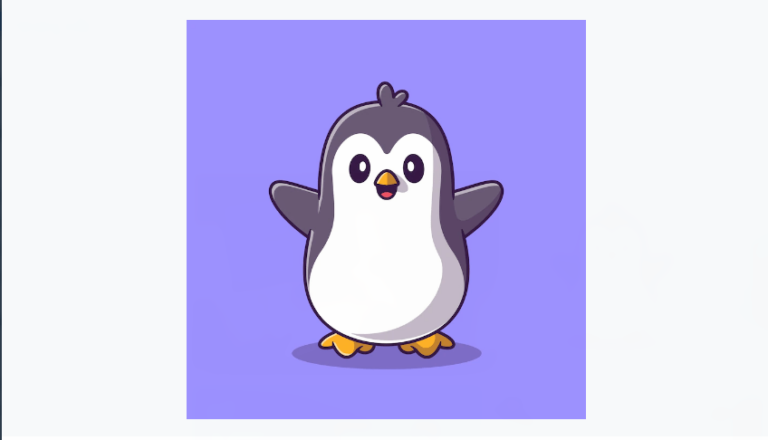 iSCSI vs. FC, Windows vs. Linux

Where do SSDs fit: Servers or arrays?

In an effort to accommodate the data classification and management needs of larger enterprises, Abrevity has announced version…
byKevin Komiega